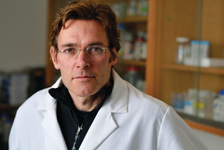 Marc Edwards, one of the scientists who first called attention to the Flint water problem, sought information from Wayne State University regarding the WSU-led team that had been awarded a large grant to monitor cleanup efforts. He used the Freedom of Information Act to request information that should have been freely available to the public. Instead, he either got the runaround, or was ignored entirely by the university. So he turned to the Mackinac Center Legal Foundation, because he had read of its success with other lawsuits against Michigan governments and universities involving open records.

After the Legal Foundation filed the lawsuit, WSU produced a large box full of documents in response. The legal dispute continued over a few more documents, with WSU providing more documents, some of which were less-redacted forms of what it had already turned over.

After months of delay, the university provided the thousands of pages of documents Edwards had been requesting. What’s more, the court ordered WSU to pay the legal fees he incurred in the lawsuit. WSU wrote a check to the Legal Foundation for just under $6,000.