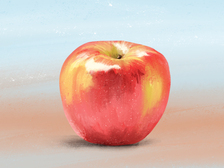 The time has come for Michigan to be optimistic about the future of educational freedom.

Last year, the U.S. Supreme Court gave us the earth-shaking Janus decision, which opened wide the doors of workplace freedom for vast numbers of government employees. By next year, a touchstone ruling could have a similar impact for education, giving hope to Michigan families for opportunities that have long seemed out of reach.

The Mackinac Center long has called for more educational freedom. We were key to getting Michigan to adopt public charter schools and inter-district school choice programs. Yet our most distinctive work in this area was a groundbreaking 1997 report advocating for the Universal Tuition Tax Credit. It’s a policy that lets taxpayers reduce their state tax liability by helping to pay a student’s private school tuition.

Tax credit programs not only give students and families extra options, but they also bring fewer regulations than school vouchers. In a 2001 editorial, The Wall Street Journal recognized the Mackinac Center as the nation’s “leading advocate for a universal education tax credit.”

A 50-year-old state constitutional amendment has held Michigan back from offering such a credit. But 18 other states followed Mackinac’s lead and have adopted a tuition tax credit of some kind. By far the most successful is Florida, where 100,000 low-income students enjoy scholarships funded by corporate tax-credit programs.

Not all 18 of those states have been so fortunate, however. A 2015 ruling by a Montana agency stopped single mother Kendra Espinoza and others from being able to use tax-credit-funded scholarships, made possible by that state’s law, to help pay for a parochial school education. The new learning environment Espinoza found for her daughters gave one of them a refuge from bullying, and the other, an improved academic outlook.

Yet last December, the Montana Supreme Court upheld the state agency’s authority to discriminate against religious education, based on an anti-aid (or Blaine) amendment in the state’s constitution. Blaine amendments are 19th-century creations designed to deny public support for “sectarian” (read: Catholic) institutions. In that era, taxpayer-supported public schools were functionally Protestant.

More recently, school choice foes have found mixed success in using Blaine amendments to strike down voucher programs. A decision in a 2015 case in Colorado nearly opened the door to a landmark ruling on Blaine amendments. But the untimely death of Justice Antonin Scalia and an unfavorable school board election made the case moot. Even so, Montana’s high court has been the only high court to rule that these amendments could keep parents from using tax-credit donations to choose a private school.

Now, it appears Montana’s overreach might backfire. On June 28, the U.S. Supreme Court announced that it would hear Espinoza’s case. Families have well-founded hopes that a majority of the justices will strike down Blaine amendments as obstacles to educational freedom. They can, after all, look to a 2002 Supreme Court ruling that the First Amendment cannot block parents from using public funds to pay for religious schooling if the government treats the different options neutrally.

At the Mackinac Center, we want to help bring the fruits of an Espinoza victory to Michigan. Our state’s anti-aid constitutional provision is of a more recent vintage than the standard Blaine amendment, tightly crafted to avoid the use of explicitly discriminatory language. We want to make sure that the high court leaves none of the restrictive anti-aid amendments standing.

An allied group will provide the court evidence for the anti-Catholic bigotry behind Michigan’s onerous provision. Meanwhile, our own amicus brief offers a case study on the desperate demand for better educational options in Detroit, which has the nation’s worst-performing urban school district.

Now is not the time to lose hope. Many families in Detroit and across our state need a large range of educational opportunities. A big Supreme Court victory in 2020 could be the first step toward achieving that result.