When it Comes to Their Property Rights, the Stocklens are up to the Challenge 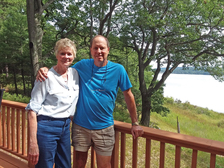 Tom and Kathy Stocklen had no idea how to run a business when they bought a canoe livery in northwest Michigan in l971.

They also had no idea how hard the National Park Service would fight to take Riverside Canoes away from them and make the property part of the newly established Sleeping Bear Dunes National Lakeshore.

But the Stocklens were up to both challenges.

Over the course of 40 years, these Mackinac Center supporters grew their one acre of land into a thriving operation on the Platte River in Benzie County. And for most of those years, they also fought the federal government’s plan to seize it. 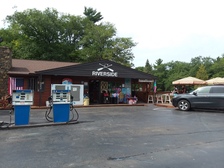 “We used to believe the government was apple pie and the American flag,” Tom Stocklen said in a recent interview at the couple’s home. Now he thinks differently. “It’s all about power.”

The couple knew that Sleeping Bear Dunes had just been established as a national park by an act of Congress, so they were careful to obtain a document called a Certificate Prohibiting Condemnation, under Section 13 of the new law.

Eminent domain is the process under which government seizes private property for public use and compensates the owner. In this case, Section 13 barred the Department of the Interior from condemning commercial property within the new park, as long as it did not “impair the usefulness and attractiveness of the area.”

Though the Stocklens had a signed certificate, Sleeping Bear Dunes officials tried to force, trick and intimidate them over the next 10 years into turning over their property, Kathy Stocklen said.

“It was our livelihood, and here’s the federal government knocking on our door, wanting to take it,” her husband added.

At one meeting in the Stocklen home, the park superintendent said, “The (condemnation) ball was rolling and could not be stopped,” Kathy Stocklen recounted.

When she held up their certificate prohibiting condemnation, the superintendent said: “It’s not worth the paper it’s printed on, just like the treaties we signed with the Indians.”

At that point, Kathy Stocklen picked up the phone and called Republican U.S. Rep. Guy VanderJagt, the author of Section 13, who had become their ally in their fight to keep their business.

“How about getting them off my back and out of my pocket?” she asked the congressman.

That was the last day the Stocklens saw the park superintendent, but it wasn’t the end of their fight.

By then, the couple had been working for some time with Charles S. Cushman, a property rights activist from California who advised inholders around the country on how to fight government encroachment.

Inholders are people whose private land is surrounded by state or federal land, typically because a government creates or expands a park or forest area.

The Stocklens also hired an attorney with the help of the National Park Inholders Association, now the American Land Rights Association. He advised them to visit Washington, D.C., and tell their story to every member of the Senate Natural Resources Committee, but especially to Sen. Malcolm Wallop, R-Wyoming, a property rights advocate. Wallop eventually intervened on their side, as did Vice President Dan Quayle, said media reports at the time.

The Inholders Association also announced plans to demonstrate on the steps of the Interior building in support of the Stocklens, Kathy Stocklen explained.

But before the demonstration could take place, National Parks Service Director James Ridenour met with the couple and offered a settlement: The federal government would drop the lawsuit in exchange for their promise not to change the nature of their business. They agreed.

That meeting was in September 1992. Today, Riverside Canoes remains the only private commercial business in Sleeping Bear Dunes.

The Stocklens retired in 2011 and sold the livery to two of their employees, who are well aware of their property rights, Kathy Stocklen said. The couple now divides their time between Michigan and their home in North Carolina, where Tom golfs and fishes, and Kathy volunteers at the high school where she used to teach French. The Certificate Prohibiting Condemnation is locked away in a safe deposit box.

In addition to supporting the Mackinac Center and being members of the Legacy Society, the Stocklens actively support many property rights organizations, including Judicial Watch, the American Property Rights Association and the Mountain States Legal Foundation.

Beyond that, Kathy counsels others with property rights battles to have the same tenacity that saw her through the Riverside struggle.