A Fresh Vision for Government Affairs 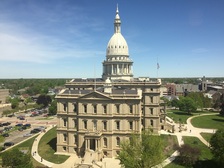 A successful government affairs program seeks to understand the challenges that legislators face when they pursue principle-based policies, and then provides the research and resources that eliminate or overcome those challenges. The question that underlines effective legislative engagement is, “What do you need to get to ‘yes’ for sound policy, and of those needs, which can we meet or cause to have met?”

The policy achievements we achieved when I was running the government affairs work at the Texas Public Policy Foundation came as a result of intentionally and comprehensively engaging with our state’s policymakers. Our approach was principled rather than partisan, driven by policy rather than personalities. Our message was positive to the greatest extent possible, and our policy experts were told to be approachable and accessible to everyone. We put the interests of our state and our fellow Texans first. We worked with anyone who shared our policy objectives — even when their reasons diverged from ours. And while we produced the research and recommendations that formed the basis of legislation, when legislators filed such a bill, it became their bill and we became partners in their effort.

This approach built political equity for the organization, which, when managed responsibly, provided TPPF with access and influence to accomplish what had been unthinkable.

I have spent much of July and August meeting as many legislators, conservative allies, and association leaders as I can schedule, and seeing as much of Michigan as I can. We are already rebooting relationships that have become strained, establishing communications with new issue allies, and gaining valuable intelligence that will help us set priorities for research and recommendations going into the 2019-20 legislative cycle.

Mackinac’s research capacity has long been impeccable, and its communications program has strengthened further under the leadership of my longtime friend Lindsay Killen. Combining those attributes with experienced eyes and ears on the ground in Lansing will help us kick the Michigan Comeback to a higher gear.