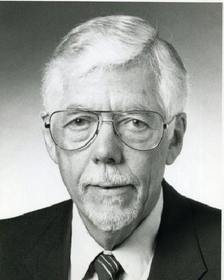 A lengthy career as an engineer and scholar kept David K. Felbeck busy, but not too busy to work for the cause of freedom.

“I have the greatest confidence in everything that all of you are doing and hope that this will help in your good work after I’m gone,” Felbeck wrote in a note to then-Mackinac Center President Lawrence W. Reed in 2005, at the time he joined the Legacy Society.

“He definitely loved you,” Felbeck’s wife, Annamaria Felbeck, told the Mackinac Center recently. “He felt strongly about schools, and your ideas of charter public schools appealed to him.”

Felbeck was involved in education for much of his life. Born in New York in 1926, he earned a degree in mechanical engineering from Cornell University, worked as an instrument mechanic during World War II, served on the staff of the National Academy of Sciences and then taught at the Massachusetts Institute of Technology, where he had earned a graduate degree.

In 1961, took a position as professor of mechanical engineering at the University of Michigan, retiring in 1996.

He frequently was called upon to be an expert witness in court cases, his wife said, using his knowledge of material strength and fractures, involving everything from artificial knees to energy production.

He also was part of a six-year space shuttle experiment, and his work contributed to the field of aviation technology.

Felbeck also was passionate about the Second Amendment and was among the plaintiffs in a Michigan Supreme Court case that upheld a new law regarding firearm ownership in Michigan, Mrs. Felbeck said.

The case involved a firearms law that Michigan adopted in 2001, making it easier for citizens to obtain a concealed pistol license. Previously, local politicians and public officials had wide discretion in deciding who could obtain a license.

The new law standardized the process, requiring officials to grant licenses in the absence of certain exceptions, such when the applicant had a felony conviction.

“He certainly was crucial for our gun laws,” Mrs. Felbeck said.

“As an engineer, David knew the value of research to improving our society. Now his legacy gift will help to support independent and rigorous research to help us advance free-market principles.”