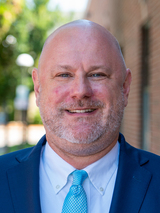 David moved to Michigan in the summer of 2018 following 11 1/2 successful years at the Texas Public Policy Foundation. He was initially its director of media and government relations before being promoted to senior communications director in January 2011 and then to senior director for public affairs in August 2012.

From 1997 through 2003, Guenthner was managing editor of The Lone Star Report, a weekly insider newsletter devoted to Texas politics. The Austin American-Statesman said that “Guenthner led a staff known around the Capitol for its extensive knowledge of political and policy details and its passion for the nuances of the legislative process.” He also spent two years as a government relations liaison for the Texas Workforce Commission on economic development and prisoner re-entry programs.

He has appeared on the Fox News Channel's "The O'Reilly Factor" and on local talk programs in many Texas media markets. Channel NewsAsia, an international news channel based in Singapore, relied on him to explain the aftermath of the 2000 U.S. presidential election. He has been a commentator for NationalReview.com and The Hill, and quoted in national publications such as the New York Times, the Christian Science Monitor, the Philadelphia Inquirer, the Atlantic Monthly, the National Journal, and the Southern Political Report, as well as daily and weekly newspapers across Texas.

The Austin American-Statesman selected him as a winner in its 2009 Texas Social Media Awards, which recognize innovation and outstanding achievement by Texans in the field of social media.

Guenthner received his B.A. from Trinity University in San Antonio, Texas, with a double major in political science and speech communication and a minor in economics. He is a past president of Trinity’s Austin alumni chapter and a former state chairman of the Young Conservatives of Texas. He and his wife Jen live in the Lansing area.

Mackinac Center Has Bold Agenda for 2021

Top 10 Legislative Wins in the Whitmer Era (So Far)