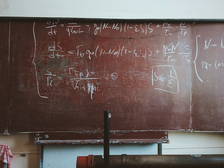 Stop me if you’ve heard this one before: “How do you cure insomnia?”

Out of respect for policy wonks everywhere, I don’t often try to test the truth behind the humor. But I hope that it’s not just people like me who would lose sleep in anticipation of a new project we’re launching. We’d like to see “How School Funding Works” become the go-to layperson’s guide for understanding how Michigan’s public school tax dollars — currently more than $19 billion each year — operate.

Then she posed the question: How much do you think schools currently spend per student? People gave a wide range of responses, most of them considerably lower than the actual amount. When given the correct figures, many interviewees suddenly expressed concern about how that money was being used.

One reason why it’s hard to build support for education reforms is that people are focused on raising more money for schools, a desire driven by not knowing how much schools have available to them. Michigan schools on average spend more than $12,000 per student on operations. The figure rises past $13,000 if you include construction projects.

A widespread knowledge of how much schools actually spend would go a long way toward improving discussions about education policy. Some people could even take that information and help their friends and neighbors become more informed when the next local tax election comes around, or a policy dispute sweeps the state. Everyone, including reporters, would benefit from having a better understanding of some common terms and how the pieces of school finance fit together.

A decade ago, the Mackinac Center’s Fiscal Policy Director Michael LaFaive and then-Education Policy Director Ryan Olson teamed up to produce “A Michigan School Money Primer.” The result was a definitive guide that precisely broke down the many streams of dollars flowing in and out of the state’s public schools.

All these years later, much of the material remains current and useful. For that reason, the thick yellow booklet occupies prime shelf territory in my office. Along with the data and primary source materials provided by Michigan government agencies, it still stands as a handy reference guide.

But very few people have the background, time and inclination to benefit from these sources. So a brief updated layperson’s version of the School Money Primer has a great deal of value to offer.

For a variety of reasons, the school funding system contains some complex features. It begins with the different money sources. The sales tax, income tax and property tax all yield significant pots of cash. But to what extent, and how do the different streams of money affect how much ends up at the door of the school district office?

Informed citizens may notice that over the years, the federal government has taken a bigger role in funding and dictating to schools. How big is the federal financial footprint on school district budgets, and what are most of those revenues actually used for?

Other major topics that merit a closer look in the “How School Funding Works” series include intermediate school districts, special education and school capital construction.

The site’s seven blog-length essays can be read straight through without a great deal of exertion, or simply consulted one at a time to better understand a specific topic.

Perhaps, once you read through “How School Funding Works,” you will not only stay more alert through those wonky conversations, but also wow your friends with a little extra insight.

"How School Funding Works" will be available soon at mackinac.org/schoolfunding.