Some good and some not-so-good news 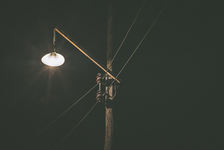 Advocates of the new legislation pointed to Obama administration regulations that were forcing the closure of Michigan’s coal plants, ensuring statewide electricity shortages in the near future. PA 341 was drafted to provide a way to fund natural gas and renewable facilities to replace those plants. But the Mackinac Center had argued that given President Trump’s promises to kill anti-coal regulations, immediate closures were unnecessary and forecasted energy shortages would be self-inflicted and avoidable. A wait-and-see attitude was the more prudent option for the state.

Michigan’s two regulated utilities — DTE and Consumers Energy — continued to push for the new laws, arguing that they had already committed to “keep building renewables and … retire our coal fleet” regardless of how federal regulations may change. Unfortunately, closing low-cost, reliable generation facilities and replacing them with unreliable, subsidy-dependent renewables actually ensures a less stable energy system.

Under the new laws, all companies in Michigan’s energy sector must show that they can meet the projected demands of their customers. To do so, they can either build sufficient generating capacity or contract to purchase at least a three-year supply. If a company falls short, the Michigan Public Service Commission can hold public hearings to establish how much its customers must pay in additional capacity charges to access electricity generated by DTE or Consumers Energy.

The legislation also upped the state’s renewable portfolio standard by mandating that 15 percent of Michigan’s electricity must come from renewable sources — primarily wind and solar — by the end of 2021. This increase represents a significant setback for Michigan residents, as government mandates harm customers by restricting their choices and forcing them to rely on more expensive and less reliable energy sources.

The state’s net metering — or distributed generation — program escaped any immediate changes as the final bills grandfathered participants at current compensation rates. But those rates, often criticized as cost-shifting from the rich to the poor, were the reason there was pressure to change the net metering law in the first place.

People living at or below the poverty line cannot typically qualify for long-term solar leases or afford solar panels. But they do pay retail electricity rates, which include charges for the electric system’s infrastructure. This means net metering participants receive an indirect subsidy from all other electricity customers when they are paid retail rates for the excess electricity their solar panels produce. Net metering supporters, though, argue that they provide the state with an essential service by diversifying the electric grid away from the monopolistic control of the two big utilities.

In the final legislation, the utility commission was directed to determine an “equitable charge” for new net metering customers. But it must first determine the effects of those customers on the state’s electricity system, considering both their costs and benefits.

Protecting electricity choice helps keep Michigan’s electricity system more diverse and competitive — that’s a clear win for Michigan residents. However, doubling down on plans to close coal and nuclear plants will force Michigan to depend on fewer energy options — expensive and unreliable renewable sources and natural gas, which is inexpensive but prone to price swings. Mandating that Michigan rely on even more renewable energy guarantees our electrical system will be less reliable. The final cost of the net metering tariff, meanwhile, is currently anyone’s guess.