Chartwells, which acquired Canteen Food Services in 1999, expects to add three to six Michigan school districts per year to its client list.

A growing number of Michigan public school students who once disdainfully referred to their school cafeterias' food as "mystery meat" are now eating their wordsalong with delicious and nutritious meals from Chartwells, a private, for-profit food service management company.

Last February marked the birth of Chartwells, a division of the United Kingdom-based Compass Group. Compass, the world's largest provider of food services, does an annual $6.9 billion worth of business worldwide from its divisions serving the education, health care, sports arena, and corporate markets. 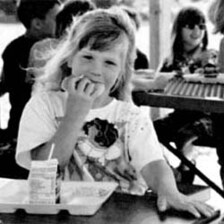 Students and parents do not care who serves school lunches, as long as they are nutricious and delicious. If outside contractors don't keep quality high and prices low, responsible school boards will replace them.

Chartwellsformed from Compass's purchase of food service provider Canteen Services earlier this yearcurrently has contracts with over 80 Michigan school districts and expects that number to increase by three to six districts each year.

Why are so many districts privatizing their food service operations? According to the Michigan Department of Education, the state's 663 traditional and charter public school authorities served over 115 million lunches in the 1997-98 school year, drawing in revenues of $346 million. This enormous component of school management diverts valuable time, personnel, and money from the primary mission of a school district, which is education. Private companies such as Chartwells deliver high-quality services at lower cost while allowing schools to focus their full attention on their core mission.

The size of the Compass Group gives Chartwells the cost advantages of volume purchasing, plus the additional resources it needs to concentrate on customer service. The company soon will hire a professional chef for the Great Lakes region to enhance food quality and develop even more new recipes.

This last example is instructive. Successful private companies are always fine-tuning their operations. By competitively contracting with private firms, districts place vendors in the position of having to prove themselves every dayor else lose out to a more efficient company.

Chartwells contracts have 60-day cancellation clauses so that unhappy school districts can cancel, with or without cause. The arrangements last for four years: four one-year periods with an option to renew at the end.

Performance is the key to Chartwells' success, says Leikert. "If we don't put districts into a more favorable position, we won't be in business," he adds.

Privatization, when done right, has been shown to improve quality and save valuable resources that can be used to further a school's true missioneducating children. By contracting with a food service provider such as Chartwells, districts can win the hearts of taxpayers, the stomachs of students, and the respect of their communities. 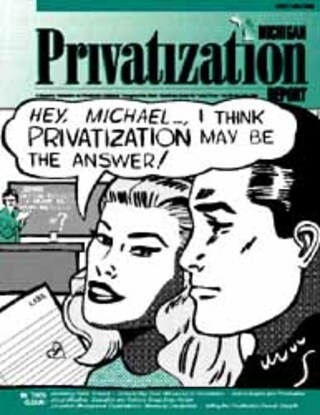