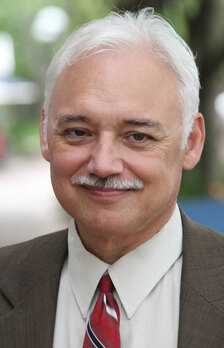 The meteoric growth and statewide influence of Michigan Capitol Confidential were further enhanced this summer when veteran Lansing reporter and analyst Jack Spencer joined the staff. Spencer, who was the House of Representatives correspondent and senior analyst for the Michigan Information & Research Service for 13 years, became the Capitol affairs specialist for CapCon, the Mackinac Center’s daily online news service. He has more than two decades of experience covering state and local government in Michigan.

Spencer’s work supplements reporting by Tom Gantert, another long-time Michigan journalist, who focuses on local government and federal issues related to Michigan. CapCon Managing Editor Ken Braun was delighted with the addition of Spencer, whom he described as “a knowledgeable, fair and dogged reporter.”

Since June, Spencer has contributed more than two dozen in-depth stories to CapCon, including illegal political action by public school districts, the forces and funding behind efforts to recall elected officials and restaurant and bar owners banning legislators who supported a statewide smoking ban. His work triggered articles and citations in legacy media outlets throughout the state.

National websites like POLITICO, RedState and Commentary Magazine picked up Spencer’s story revealing a school district’s use of a phone alert system to encourage parents’ participation in the recall of Gov. Snyder. In August, Fox Nation posted Spencer’s article on a misleading and inflationary “green jobs” report published by the Brookings Institute. Other national media outlets linking to his stories included Instapundit, Dave Barry, Glenn Beck’s website and HotAir.

“While citizens go about their daily lives, they need an extra set of eyes and ears to watch over their government,” Spencer said regarding his work for CapCon. This is especially true, he noted, as journalism continues to evolve.

Spencer, he said, “will help CapCon provide the reporting that Michiganders need to understand what’s taking place in Lansing and to hold their elected officials accountable.”

When decisions are made behind closed doors or policies are advanced that affect Michiganders’ liberties, CapCon readers can rely on Spencer, Gantert, Braun and other Mackinac Center analysts and reporters to provide coverage that can’t be gotten anywhere else.