In June, the Department of Environmental Quality approved a permit for a Rogers City coal-fired power plant. This was significant because the administration of Gov. Jennifer Granholm had unilaterally and arbitrarily placed a moratorium on such plants. Mackinac Center Senior Environmental Policy Analyst Russ Harding had made the case that this policy was dangerous and economically destructive. The Snyder administration, with an assist from a principled judge, abandoned the moratorium.

Mackinac Center co-founder and board chairman D. Joseph Olson was inducted into the Michigan Insurance Hall of Fame in August. His distinguished career includes appointment by Gov. John Engler as Michigan’s insurance commissioner. During his tenure in that position, the Michigan Education Association’s insurance arm, MESSA, was required to refund tens of millions of dollars in overcharges to Michigan public schools. 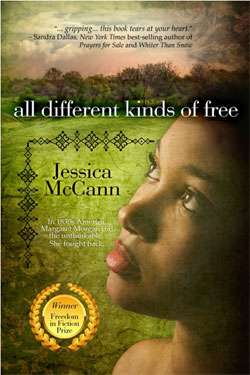 “All Different Kinds of Free,” the winner of the 2007 Freedom in Fiction Prize sponsored by former Mackinac Center board member Jim Rodney, has been published. The historical novel, authored by Jessica McCann, tells the story of a free black woman who was abducted and enslaved, and the 1842 Supreme Court decision that resulted from her fight to regain freedom. The book was named an Editors’ Choice review by the Historical Novel Review.