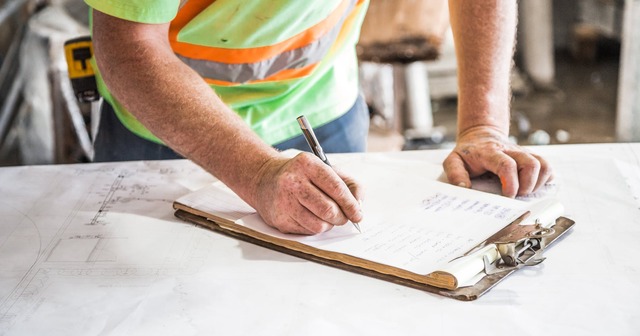 Editor's Note: This is the third in a series of articles examining the effect of repealing prevailing wage mandates. The first one can be read here and the second can be read here.

Indiana policymakers repealed that state’s Common Construction Wage Act in 2015. The law imposed a prevailing wage mandate on construction firms, which now have more flexibility to determine employee compensation. Since the repeal, observers have attempted to understand the consequences for employees. And not just for construction workers in general, but also for those who do similar work in the public sector.

According to a 2018 report from the Midwest Economic Policy Institute, repealing the prevailing wage mandate had a disappointing impact. It concludes that “public works construction employment grew slower in Indiana” following the wage mandate’s termination. The authors drew that conclusion from an analysis of Quarterly Workforce Indicator data – an economic survey administered by the Census Bureau – collected immediately before and after repeal. The data showed that Indiana’s employment increased less than in certain other Midwestern states (Illinois, Michigan, and Ohio combined), which the report blamed on the end of the prevailing wage.

Like the institute’s other claims, this one merits a closer look.

The report correctly states that public works construction employment in Indiana – as measured in the “heavy and civil engineering construction” job classification – increased after the state repealed the mandate. Employment grew about 12% between 2015 and 2019, from 13,373 to 14,985. As the nearby graph shows, 2019 employment in that sector was at an all-time high. That’s thanks to a steadily upward trajectory that began in 2015, the year prevailing wage ended. 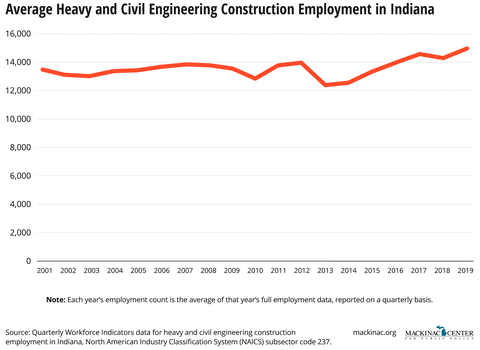 Of course, the institute compares Indiana to other Midwestern states (Ohio, Michigan, and Illinois) over a limited timeframe (2014 through 2016). Both choices are questionable. For example, why lump Ohio, Michigan, and Illinois together? What about Wisconsin? And why not examine more years’ worth of data? After all, while Indiana repealed the prevailing wage in 2015, the policy change was not retroactive; it applied to new construction contracts after that point. It also takes time for contracts in the public sector to be bid, let, and then completed. Thus, the full impact would transpire over time, not right away.

Not surprisingly, a more comprehensive look at the QWI data calls the institute’s claims into question. As the nearby table shows, public works construction employment from 2015 through 2017 increased in three out of five Midwestern states. Indiana’s gain was the second-highest. 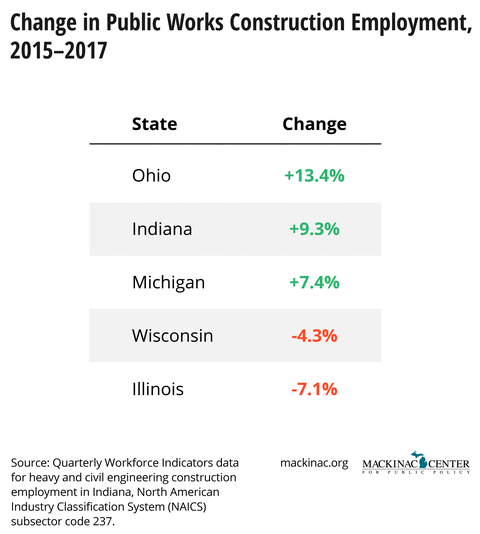 Overall, public works construction employment in Indiana grew at a faster rate after the state repealed its prevailing wage mandate. Job growth there was the second-highest among Midwestern states. Wages increased, too. That reality is a far cry from the Midwestern Economic Policy Institute’s negative spin.