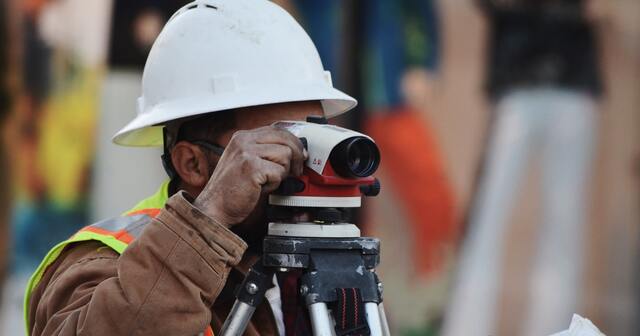 Evidence shows the repeal was a win-win for construction workers

The law’s repeal raised questions about how it might affect employees. A 2018 report from the Midwest Economic Policy Institute casts the impact as uniformly negative. It states that construction wages fell by 8.5% from 2014 to 2016 — i.e., from the year before repeal to the year after. The report’s authors arrived at that number by assessing a portion of data collected by the Current Population Survey, a joint effort by the Census Bureau and the Bureau of Labor Statistics to gather information about American employment and earnings. In their conclusion, the report urges the Indiana Department of Labor to “assess the longer-term impact” of repealing the state’s prevailing wage law.

Sound advice, to be sure, but the report’s authors may regret offering it. Indeed, a careful look at the evidence indicates that construction wages did not collapse after the law’s repeal. 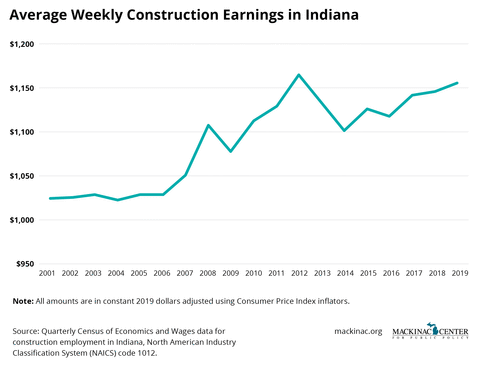 Higher wages did not come at the expense of jobs. As the nearby table shows, construction employment in Indiana was essentially flat from 2001 until 2007. It plummeted 20.6% during the Great Recession. From 2011 through 2015 — the four years before Indiana ended its prevailing wage law — employment rebounded just 5.8%. But it surged nearly 15% in the four years after repeal. 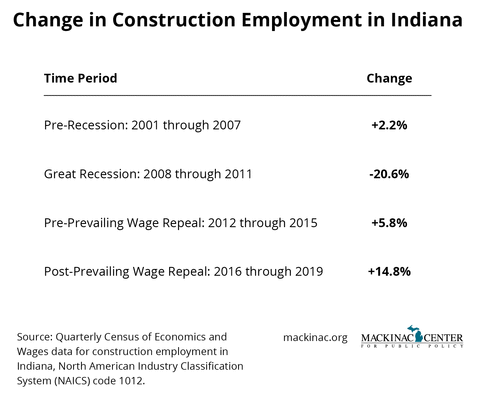 This evidence is at odds with the Midwest Economic Policy Institute’s claims. That’s because it comes from the Quarterly Census of Economics and Wages, a comprehensive survey from the Bureau of Labor Statistics. The quarterly census relies on data reported from about 10 million businesses. It uses the information to report population-level outcomes, such as the average wage paid in a particular industry. In contrast, the institute’s analysis draws on the CPS, which gathers data from approximately 60,000 households across 50 states and the District of Colombia. Although it is a household survey, the CPS does not track the same families over several years. Instead, it collects data from participants for four months in one year and four months the following year. It then replaces participants with new households.

The CPS’s smaller sample size and constant churn make it a risky foundation for claims about wages and employment. An insufficient number of observations can easily lead to conclusions that differ from reality. That may be what afflicted the institute’s analysis, which relied on data from fewer than 250 Indiana households to make inferences about wages in an industry that employs over 160,000 people. The authors’ “Robust Standard OLS Regression” — a clunky phrase to describe a statistical model whose full results are curiously absent from the report — does nothing to correct the mistake.

So, what can be said about construction pay in Indiana following the repeal of the state’s Common Construction Wage Act? Average wages increased, and so did the number of people earning them. That’s a win-win for construction workers — and for Indiana.