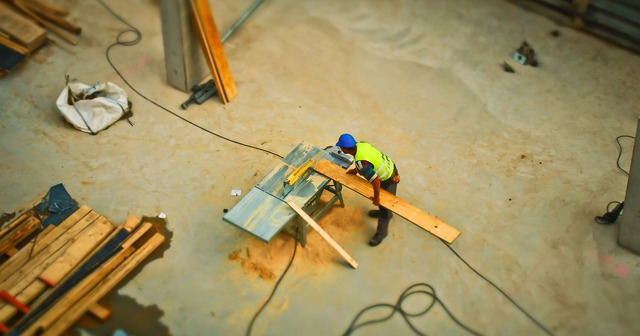 Lawmakers should be skeptical of a recent study

March and April saw two news events involving Michigan’s now-defunct prevailing wage law. The first involved legislation introduced March 25 that would reinstate the costly wage mandate on government contracts in the Great Lake State. The second involved a court decision not to retry a former state representative who had been charged with attempted extortion and soliciting a bribe in exchange for voting against a bill to repeal the law. Interestingly, both stories cross paths with an Indiana-specific paper the Mackinac Center has repeatedly criticized.

Prevailing wage laws artificially inflate the cost of public construction projects by imposing local union prices on government-financed assets such as roads, buildings and parks. Unions vociferously oppose the law’s repeal and supported a cottage industry of publications claiming — with questionable supporting evidence — that there are few positive impacts of repealing these laws, and some negative ones.

Michigan House Democrats, who last March issued a press release on legislation to reinstate the requirement, seem convinced it would be a win for everyone. As evidence, they point to a paper produced by the Midwest Economic Policy Institute and repeat a claim that MEPI either cannot or will not defend. The institute claims that after Indiana repealed its prevailing wage law, the average wage for construction workers there fell 8.5% below where it would have been.

While it would not be unusual for wages to fall after lawmakers remove a government-mandated minimum wage, we found little change actually occurred. MEPI’s approach looked at construction wages in the 18 months after Indiana repealed its mandate, as well as in neighboring states during the same time. MEPI reported that wage trends were not the same in Indiana as they were in the other states and explained the difference by pointing to the policy change in the Hoosier State.

Intrigued by the MEPI findings, the Mackinac Center set out last year to investigate several of the study’s conclusions. Using MEPI’s data source, we were unable to replicate the findings. What we discovered instead was that Indiana’s wage growth was not so different from neighboring states, contrary to MEPI’s claims.

We had hoped the development of our analysis would be helped by MEPI itself. The institute invited readers to contact one of its authors for what it called “full regression results.” Statistical results from MEPI would have helped us understand how it reached its conclusions. Unfortunately, MEPI did not respond to our repeated requests for those results. It is worth noting that in subsequent research involving MEPI and a different labor subject — right-to-work laws — MEPI likewise ignored repeated Mackinac Center requests to provide its full and detailed statistical results, despite having invited readers to ask for them.

Notice a pattern? MEPI seems to be selling its information as robust and defensible scholarship, but then refuses to submit it to full review. It even advertises its alleged transparency (contact us for more!). Yet when asked to provide evidence supporting its assertions, the institute goes silent. It is hard to say why for sure, but one has to ask what MEPI might need to hide.

There are other problems with this Indiana-specific study. There is, to start with, the thin gruel that passes for an explanation of its methodology. Then there is the choice of a data source and the limited window of data it chose to work with. In addition, the authors present a benefit as a cost and offer a somewhat misleading description of academic literature.

Michigan Democrats in Lansing were not the first people to offer the report as a rationale for a prevailing wage requirement. In 2018 a Michigan union official tried to use it to help a sitting Republican state legislator rationalize a possible “no” vote on prevailing wage repeal. Dave Fashbaugh, of the International Brotherhood of Electrical Workers, told the legislator in a text message, “I think I forwarded the study that was done about the wage repeal in Indiana and how it didn’t effect the total cost of any or very few of the public projects after it was repealed.”

We know about this text today because the legislator Fashbaugh wrote to was indicted for allegedly seeking donations in exchange for voting no on a 2018 measure to repeal Michigan’s prevailing wage statute. The text to the legislator, quoted in part above, appears as evidence in the trial. The lawmaker ultimately voted “yes” for repeal.

There is certainly nothing wrong with providing information to politicians and others who may find it useful in debate and analysis. But the MEPI paper used to justify prevailing wage policies is neither defensible nor transparent. Lawmakers should be careful about using it to reimpose a costly, questionable policy on Michigan citizens.