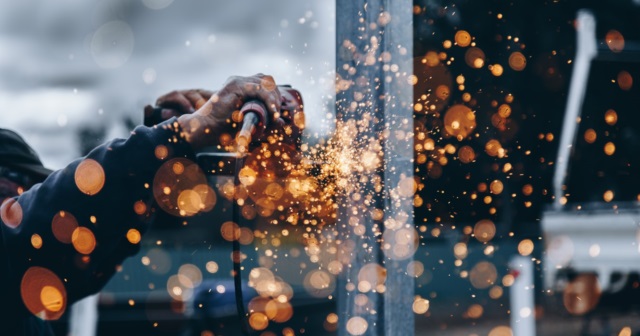 New reviews should be treated with caution

The Midwest Economic Policy Institute has been producing papers about prevailing wage in different states, primarily Midwestern ones. The conclusions seem cookie cutter: States that maintain prevailing wage laws should keep them. States that have repealed them have only harmed workers, government budgets and communities. All reports share at least co-authorship by Frank Manzo IV, the director of a different policy institute.

MEPI has focused on several states: West Virginia, Minnesota, Wisconsin, Ohio, Kentucky and Indiana. It is the Hoosier State study that drew our attention to MEPI’s larger work. Indiana's neighboring state of Michigan repealed its own prevailing wage law in 2018, the same year MEPI published its Indiana analysis. A reading of the paper and a subsequent, brief exchange with one of its authors raised concerns about the validity of its conclusions.

Prevailing wage laws are effectively government mandates to pay union scale wages in publicly funded construction projects such as roads and schools. The “prevailing” wage determined by surveys of local pay, which may artificially hike the cost of construction.

Even a cursory review of MEPI’s Indiana paper raises questions about its conclusions. For example, the authors treat a benefit of the law’s repeal as a cost. They argue that wages of construction workers “employed on public construction projects” fell in Indiana after the repeal of the state’s prevailing wage law. No kidding. If the government mandates $30 per hour in compensation in a market that would otherwise pay $20, wages would naturally fall if the mandate were repealed. But the savings ultimately accrue to state taxpayers and should count as a benefit.

The MEPI authors argue this wage decrease is not justified in Indiana since it is exceeded by an even greater disparity in productivity relative to their neighbors in Michigan, Ohio and Illinois. Yet they fail to note that this disparity is part of a trend which is present years prior to Indiana’s PW repeal. In attempting to replicate MEPI measurements we found that from 2012 to 2014 (two years prior to their own analysis) that Indiana was lagging even further behind than their neighbors’ nominal productivity growth.

There were other issues about the MEPI analysis that concerned us. In the above-mentioned construction productivity analysis, the authors limited their research to a small 36-month window of time, even though they could draw on many years of data compiled before Indiana repealed its law. They also calculated productivity using nominal GDP rather than real, inflation adjusted values, obscuring the reality of general stagnancy in construction productivity in the Midwest during the years leading up to the PW law repeals.

In addition, the methodology section is sparse, making a full understanding of the report’s conclusions a challenge. Worse, trying to get answers to our questions has yielded little fruit. Excepting one response from Frank Manzo who provided minor details on the location of data sources, most of our questions remain unanswered despite MEPI’s Indiana report inviting readers to contact the author “[f]or full regression results.” Full regression results were never provided, despite repeated inquiries.

The report specifically claims a nearly 8.5% drop in real wages for construction and extraction workers in the 18 months after Indiana repealed its law. Attempts to replicate the analysis were unsuccessful. Even when constructing the regressions generously toward MEPI’s hypothesis, it was found that Indiana’s construction wage growth does not differ significantly from neighboring states, as the MEPI study alleges. We await the regression details from the authors of the MEPI study so we can learn whether our analysis was generous enough.

It can be expected that MEPI will provide — given its history — a pessimistic assessment of Michigan’s 2018 repeal of prevailing wage. After all, 18 months of data will be available soon for another Indiana-style assessment. Barring an improvement in the quality, or at minimum the transparency, of MEPI’s analysis, a new Michigan-specific review should be treated with caution.