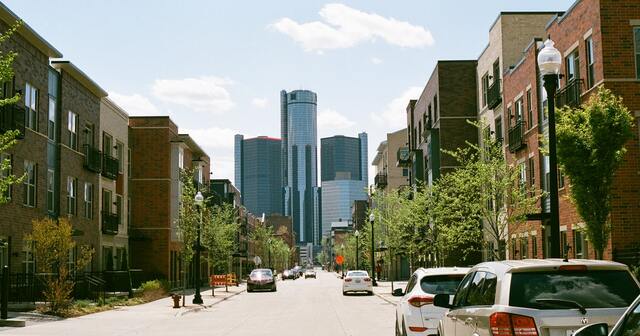 Editor's Note: This piece first appeared in The Detroit News on August 12, 2020.

The governor and state legislators earned applause last year for reining in Michigan’s so-called economic development programs. These initiatives hand out special favors to corporations and industries, such as tax credits, abatements and direct and indirect subsidies. The hope in doing so is that more jobs would be created than would have otherwise been the case. Our new study provides more evidence that this is simply an expensive and wasteful enterprise.

To explore the potential that corporate handout programs have to create jobs, we used two specialized and powerful data sets. The first, constructed by Mackinac Center staff, was limited to incentive deals struck by the state of Michigan with different corporations. It started out with more than 7,300 incentive deals the state offered through one of its many programs. The data, which goes back to 1983, includes the name on each deal, the county it was located in and — with one exception — the size of the incentive offered.

The second data set came from the National Establishment Time Series database, which has been described as a census of American business. It tracks employment — among other data — at organizations across the country. The NETS database we used covers 1990 through 2015.

We searched through the NETS database for every one of the 7,300-plus incentive deals reported by the state of Michigan over that time. By doing so, we were able to match a smaller number of firms (more than 2,300 establishments) that had received an incentive to those that had not. With those comparisons in hand, we could track the performance of state jobs programs over time and by incentive category.

The companies that were offered financial favors by the state did increase employment and sales more than corresponding companies that were not offered incentives — by 7.1% and 9.9%, respectively. They did so, however, at the astonishing cost of a $593,000 incentive offered per job per year, on average. Even if each job paid $1 million annually, it would strain credulity to suggest that taxpayers would get money back on their investment. And when we looked at specific programs, the record was equally bleak.

The 21st Century Jobs Fund is a collection of programs created during the administration of Gov. Jennifer Granholm in 2005, with the intent to subsidize companies that were (mostly) considered high-tech or advanced in some way. It was this program that was supposed to leave Michigan citizens “blown away” by its positive impact, according to the governor. Our study found that the subsidized firms created jobs, but at a staggering cost of an incentive offered between $274,800 and $330,600 per job per year.

The Mackinac Center is not the only institution to review the fund’s performance. The 2013 Michigan Office of the Auditor General review found that only 19% of promised jobs in one program area (Centers of Energy Excellence) had materialized. That 2013 report and an earlier (2010) auditor’s report both chided the agency in charge of the program for its poor record of administering this program.

There is only one study, to our knowledge, that shows a positive finding from any area of the 21st Century Jobs Fund. It is the 2016 paper performed at the request of the Michigan Economic Development Corporation, which happens to be the agency that oversees the program. There were a number of issues with that study, but perhaps chief among them was that the authors left out 400 companies that had been supported by the state but by then were no longer “actively operating in Michigan in 2013.”

It is easy to show that a program is a success if you omit the failures from your analysis.

Other subsidies came through the Michigan Economic Growth Authority, a refundable business tax credit program created during the John Engler administration. It stopped handing out corporate favors in 2011, though state taxpayers are still on the hook for payouts from old state promises. In fiscal year 2020, those totaled more than $600 million. Our analysis indicates that the MEGA offered up $125,000 per job per year for each job created it.

The MEGA program’s performance has now been reviewed in six scholarly treatments, and five of them (three by the Mackinac Center) have found it has a zero to negative impact. A seventh study, published in the peer-reviewed journal “Growth and Change” last year and titled, “Did Incentives Help Municipalities Recover from the Great Recession? Evidence from Midwestern Cities,” described MEGA as an “incentive debacle.”

The Michigan Business Development Program is a grant and loan initiative created during the Rick Snyder administration to replace the shuttered MEGA program. Our new study of this program found that the incentives offered per year for each job created amounted to $29,400. Our 2018 analysis of this program — which used a different methodology — found that for every $500,000 in subsidies governments paid out to corporations, there was a corresponding loss of 600 jobs in the county in which their MBDP project was located.

A number of other studies use the NETS database to analyze economic development programs, and the results are also not very flattering.

One 2019 study that was published in Urban Issues Review looked at more than 2,400 firms in 35 states (180 in Michigan) that had won a state or local incentive. It compared the performance of those companies with similar firms that had not received an incentive.

The authors of the study found that “incentives do not create jobs” and this “should prove critical to policymakers.” Specifically, they noted that firms that received an incentive had employment growth 3.7% slower than companies that had not been incentivized. They also found, however, that smaller firms performed much better than large firms, so programs might be improved with better targeting of the incentives.

For decades, Michigan has run programs in the name of creating more jobs and opportunity. Nearly all the evidence shows they are not very effective, and even when they do create jobs, it comes at a huge cost to taxpayers. Resources expended for these programs would be better spent on higher priorities, be it balancing the state budget, financing road repairs or cutting the personal income tax.