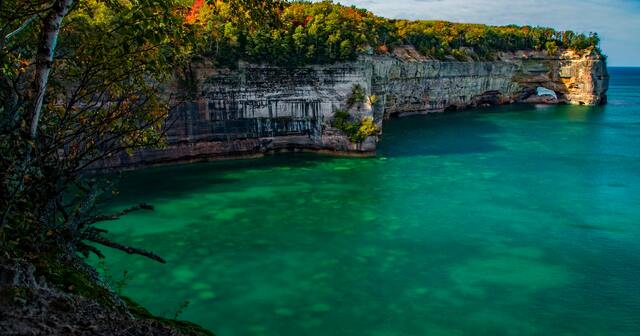 The program is ineffective and a waste of taxpayer dollars

Gov. Gretchen Whitmer signed the 2020 fiscal year budget into law on Sept. 30. In a late flurry of line-item vetoes, she zeroed out $37.5 million in funding for the state’s Pure Michigan program. For this, she deserves full-throated praise and applause. The Legislature should take its own bow, too. In the days following the governor’s vetoes, legislators introduced supplemental budget bills to restore many of the vetoed line items — but not this one.

The appropriation should stay at zero. This program takes precious dollars that could be spent better elsewhere (roads, for instance) and spends them on commercials and other branding activities for one industry: tourism. Given that it is demonstrably ineffective, it deserves, perhaps more than any state-run program, to be zeroed out.

The state has run the Pure Michigan campaign since 2006, ultimately placing advertisements outside of Michigan in hopes of luring in tourists and their dollars. It has had some memorably creative moments, such as the ads narrated by Michigan actor Tim Allen and overlaid by the theme music from the movie “Cider House Rules.”

But unfortunately for Michigan taxpayers, the ads aren’t worth the costs. Early in the program’s history, the state claimed they were, but officials and their consultant refused to explain precisely how their calculations showed a net benefit for taxpayers. Skeptical of state assertions, the Mackinac Center did its own study. Its scholars collected 39 years of publicly available data from 48 states and created a statistical model designed to isolate the effects of state tourism promotion on the economy. We found some, but overall, it was a huge net negative.

For every $1 million increase in state tourism promotion spending, there was a corresponding increase in economic activity of just $20,000 in the accommodations (hotels, motels, etc.) industry. No, that’s not a typo. In other words, for every $98 in program spending, everyone in this sector shared an increase of just two dollars — and other sectors of the tourism industry did worse. There was no impact at all in the recreation and amusement sector and only a tiny one on incomes for the arts and entertainment sector. Studies done by others also question the efficacy of state-funded tourism programs.

It’s bad enough that the program wastes money. Even worse, Pure Michigan is fundamentally unfair. It takes money from lots of people and industries and gives it to the state government in the hope it will directly benefit a few.

In addition, tourism industry members seem to understand that general advertising beckoning people to come for a visit are ineffective. The Tourism Industry Coalition of Michigan asked representatives from different tourism industry sectors whether it should fund its own advertising campaign. Coalition officials described their findings in a report titled, “Michigan Tourism Strategic Plan,” covering 2007-2011. They wrote, “There is absolutely no industry support for a broad-based industry self-assessment approach to generate sufficient monies to fund Travel Michigan.” Travel Michigan is the state agency that oversees state tourism promotion and branding efforts.

For their part, some state officials continue to defend their budgets by pointing to claims that the program has been a huge success, most notably by returning more to the treasury than is spent. State officials originally sought out a particular consultant because they wanted help justifying Pure Michigan appropriations and thought the one they intended to hire would deliver. They could be forgiven for thinking as much because that consultant bragged on its website about its ability to help lawmakers engage in “budget justification.”

This consultant produced many reports for the state before the state competitively bid out the process and awarded a deal to another contractor. That contractor, however, uses a similar technique for measuring a program’s return on investment and so gets similarly large positive numbers.

What we do know is that both contractors reportedly factored only 50% of the costs associated with the Pure Michigan program into their calculations, yet the state’s travel agency used their claims to brag about the entire program’s alleged success. A jobs program that doesn’t actually create any jobs cannot justify continued budget appropriations.

The governor did the right thing vetoing money for the Pure Michigan program and the Legislature would do right by her and taxpayers to keep the appropriation at zero.