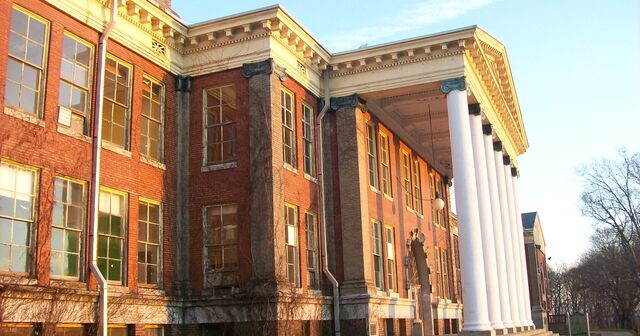 Former State Rep. Jon Hoadley was rejected by the Michigan Senate for his appointment to the Western Michigan University Board of Trustees. I have no idea whether Hoadley was a good selection for the school’s board. I don’t know what the people who voted against his appointment thought about him, either. The controversy, however, demonstrates that Michigan’s state universities would be better off as independent nonprofit schools.

As it works now, the institutions are owned by the state’s residents, and operated for the benefit of the people. State residents don’t have a lot of opinions about what they want from universities, though, and democratic control of the institutions is weak.

Consider that most of the schools are liberal arts institutions and the bulk of the degrees they offer are liberal arts degrees. Good luck getting the majority of Michigan residents to explain why the liberal arts are important. People probably care more about the performance of the schools’ sports teams than their academic missions. The majority of residents did not go to college nor have a credential from a state university, yet are responsible for deciding what the institutions do.

To the extent that the owners even think about the schools, they want the schools to be an affordable ticket to the middle class. That means professional degrees at low costs.

The institutions are bad at delivering that product. Average tuition and fees at state universities increased from $4,486 to $14,446 over the past two decades, more than doubling the cost even when accounting for inflation.

The public doesn’t get what it wants from the universities despite having ownership and control. That’s because, for all practical matters, the institutions already behave like nonprofits. Consider that Lake Superior State University, Ferris State University and Eastern Michigan University stopped in-state tuition discounts. It’s common across the country for state universities to charge resident students less. It’s unlikely that these schools would have made that decision if they depended on popular sentiment.

Instead of responding to public opinion, the schools are guided more by what their customers — their students — want. The reason that the schools don’t offer professional credentials at low costs is because students don’t seem to care much about costs. (For a further discussion of cost trends at universities, check out this interview with the James G. Martin Center for Academic Renewal President Jenna Ashley Robinson.)

Beyond the competition for students, the institutions respond more to donors, alumni and faculty than they do to popular will.

The schools operate like nonprofits because the democratic control over them is weak. Public input comes through the ballot box. Voters directly choose the governing boards for the University of Michigan, Michigan State University and Wayne State University, and elect two of eight trustees every other year. The governor gets to appoint the boards of the rest of the state universities.

The schools are fortunate that the political process has resulted in governing boards made up of members who generally seem to have the institutions’ interests at heart. The democratic and gubernatorial control, however, is a liability to the schools rather than an asset. They are only two elections or one angry governor away from being controlled by people who may want to completely redo the mission of the school for personal reasons.

The institutions would be better off if they could select their own governing boards. The people who control the universities should be major supporters, major donors, and others who have demonstrated commitment to the long-term interests of the institution. That will result in different board members than those who go through the Republican and Democratic party nomination process or foster enough partisan political connections to earn a gubernatorial selection.

If the schools become nonprofit entities, they will be run for whatever purpose their leaders decide. They can take unique strategies unburdened by the basic problem that the institutions have skirted — they are owned by the state’s residents and are supposed to bend to the will of a people who don’t think about them much.

As nonprofit institutions, they are also not held to the standards we apply to public service. We wouldn’t have to continuously sue them over their noncompliance with Freedom of Information Act Requests. Their staff wouldn’t have to worry whether their salary information was a matter of public record. They would instead be accountable to their board rather than to the public.

Because the institutions already behave like nonprofits, not much in university policy would change over the short term. The schools would still compete over prospective students.

I’m not sure what they would do over the long-term, however. They could find consolidation with each other more attractive. They could develop niches that appeal to students outside the state’s borders. The institutions are more likely to make bold moves in service of a unique long-term vision when they are controlled by people with long-term commitment to the schools.

There would not need to be much change from state lawmakers, in part because there’s not much discussion in Lansing about what to do with state universities. The only debate seems to be how much more taxpayer money to give them each year. The state can continue to hand over cash regardless of whether the schools are owned by the public or not.

The state’s interests would be better served by offering scholarships to residents who want to go to college instead of showering the schools with cash each year. Right now, payments to schools are based on what they got in the past, and what they got in the past is based on politics. It would be better for students and fairer to the schools to give Michigan residents scholarships to attend college.

Turning the universities into nonprofits would require an amendment to the state constitution, given that the board selection rules are found there. Still, most of the constitutional language encourages the institutions to operate as independent agencies already, so it wouldn’t require much change in policy.

It is likely to be outside of the Overton Window to spin off the schools as nonprofits at the moment. It would seem strange to most voters to turn state universities into nonprofits. It’s an idea that tastes bad on the first bite, but I think people would come around if they chewed on it some more.

Getting people to consider the idea will take time. The people who own the universities don’t spend much time thinking about them. If they did, they ought to see that the institutions would be better off as nonprofits.