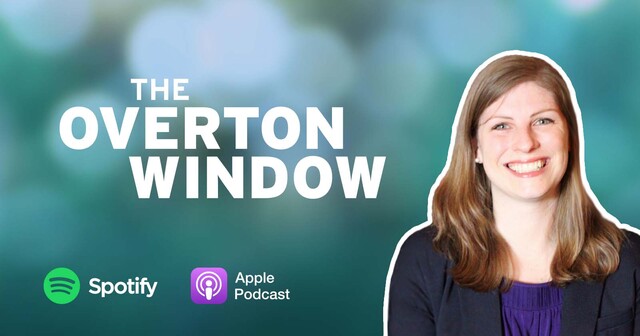 The costs of college seem to be spiraling upwards endlessly. Jenna Ashley Robinson, president of the James G. Martin Center for Academic Renewal, has a simple solution: Make schools responsible when their students default on their debt. I spoke with her about her idea for the Overton Window podcast.

Her solution would mean that universities pay a financial cost if their students fail to graduate and find gainful employment. “The way to lower college costs is to make sure that colleges have skin in the game,” she said. “It aligns the incentives. Right now, colleges’ only incentive is to get as many warm bodies into seats as they possibly can and keep them there as long as possible.”

The idea would get school administrators to care about quality more than just quantity. It would encourage them to care about student success, timely graduation, and the quality of jobs they get after graduation, Robinson said.

It would also encourage better competition among colleges over costs. “Honestly, schools don’t compete on costs very much. That’s because many times costs are obfuscated,” she said. Schools present students with aid packages that come with tuition reductions, discounts, scholarships and lending available. “The bottom line is always zero,” she said. They market the idea that the sticker price isn’t the real price. Consequently, there’s little competition over the top-line tuition amounts.

When asked whether there is competition over quality instead, she responded, “Kind of?” Schools compete over their U.S. News and World Report rankings, but those are based largely on school reputation. Colleges try to have great sports teams, beautiful dorms, expansive medical centers, but rarely attract students by telling them how much they will learn.

It would be tough to get her idea through Congress, however. Universities are widely popular and are important constituents for many legislators, and they don’t want to be liable for their students’ loans. “This would definitely be pushing the Overton Window,” she said.

She is focused on helping state universities — especially those in North Carolina, where the James G. Martin Center is located — make better decisions. One of things she recommends is to improve the state’s taxpayer funding of state universities through a few changes she has pushed. The schools receive taxpayer funding largely based on enrollment. (We note that this is better than Michigan’s current model, where funding is based on politics.) Unfortunately, this encourages universities to accept people who are unlikely to graduate.

Robinson and her colleagues have made some progress. For instance, state lawmakers now base funding on actual enrollment data rather than their guesses. State universities now get less money when they enroll fewer students, and that wasn’t always the case.

She recommends bonuses for “degree expenditures,” which rewards schools for graduating students on time. But she is concerned about getting the formula wrong. “If you measure just graduation rates, that gives universities a really big incentive to dumb down their courses and make it easier to pass,” she said.

Robinson believes a key to seeing her recommendations enacted is persistence. “It took 10 years of really sticking every free speech violation under the nose of the North Carolina legislature before they realized that they needed to address the issue.” Colleges officials would kick people off campus for handing out constitutions. Administrators would deny some student clubs or prohibit them from using campus buildings. Robinson and her colleagues would remind legislators that they can do something when these incidents happened. And eventually the Martin Center and its allies got legislators to pass laws to protect free speech on campus.

They’ve also had success in keeping tuition rates from growing. “Here in North Carolina we are on year five of a tuition freeze. And so that is a really positive outcome here,” she said.

“Costs are still too high. Taxpayers bear too much of the burden here in North Carolina, but it’s moving in the right direction.”

We also talked about what college would look like if her idea were adopted, other factors that increase the cost of college and the market for learning for its own sake. She even pokes fun at the poster boy of modern college excess: the lazy river.