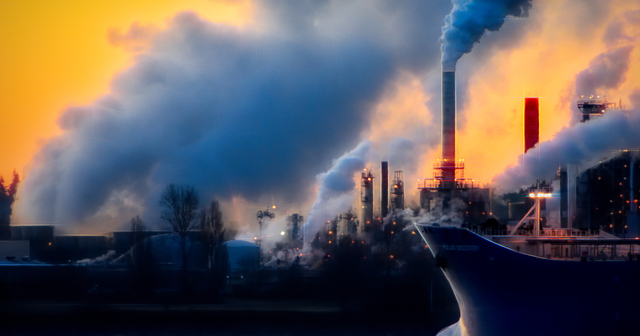 Gov. Gretchen Whitmer is announcing that the “Welcome to Michigan” sign has been hung out for electric vehicle manufacturers. But missing from the smiles, hand-shaking and fanfare are any specifics on what all this new government “investment” means to taxpayers.

In a presentation at the Mackinac Policy Conference earlier this month, the governor took the stage with Ford executives, as well as UAW and state officials, to announce that Ford plans to invest $2 billion into expanded EV production in Michigan.

“I am proud that we came together to deliver economic development legislation that has helped us land huge projects, creating thousands of jobs,” the governor said.

Whitmer extolled the benefits of economic development packages that are ostensibly responsible for so much continued corporate interest in the state.

Elected officials are sensitive to the state’s economic reputation, perhaps more so than to its actual economic performance. When lawmakers hear reports of major automobile manufacturers like Ford promising investments in EV battery plants in other states, they see that as a massive loss of face.

Voters, the media, big businesses, union officials, as well as lobbyists throughout the city of Lansing look to political leaders and ask, “What did you do to bring those jobs to Michigan?” Unfortunately, as a response, elected officials are prone to responding with a promise to write larger checks to favored companies. They know that kind of promise gets media headlines, even though a more effective response would be to work to improve the business climate for everyone.

Late last year, Ford Motor Co. cited Michigan’s high electricity prices as a key reason for its choice to locate planned EV battery plants in Kentucky and Tennessee. The state’s electricity market is highly regulated, and the regulations are supposed to ensure that utility monopolies offer consistent services at reasonable rates. But it clearly doesn’t work this way. When Michigan had open choice in electricity markets, our average total electricity rate — the average of residential, commercial and industrial rates — dropped to more than 11% below the national average. Absent competitive pressure — which Michigan benefited from until 2008 — regulators have allowed Michigan’s utilities to provide unreliable energy at the highest rates in the Great Lakes region, now 16% above the national average.

State policies favoring utilities come at a cost. Policy can’t favor utilities like this without it costing the utilities’ customers, including manufacturers. Not surprisingly, Ford hasn’t been the only company to say that Michigan’s high energy costs are a deterrent to locating in the state. Other manufacturers do, too. And the responses of government and utilities remain uniform when they are dealing with these few, chosen companies.

For a variety of reasons, electricity rates paid by industrial customers tend to be much lower than those paid by residential users. But Michigan’s industrial electricity rates are still 7.9% above the national average, according to data from the Energy Information Administration. If lawmakers found a way to get utilities to match the national average electricity prices, manufacturers would have saved $147 million in 2020. It would take a lot of selective subsidies to make up for these basic cost disadvantages driven by state policy.

Selective business subsidies do not make up for a bad business climate. Elected officials should be interested in creating a winning environment for everyone. Reliable and inexpensive energy helps manufacturers, commercial businesses and residents, too.

Yet instead of encouraging affordable and reliable electricity, lawmakers have encouraged utilities to phase out their reliable and already paid-for plants. When the utilities propose plans that will result in the closure of existing plants and the construction of expensive and weather-dependent solar and wind, state regulators review and then approve them. That sticks Michigan residents with yet another set of costs and lessens electricity reliability for both residents and businesses.

Too often, policy gets used to favor some interests at the expense of others. It’s the classic economics of concentrated benefit and diffuse costs. Yet the costs diffused among electricity customers matter. Lawmakers should be interested in creating a more competitive business climate.