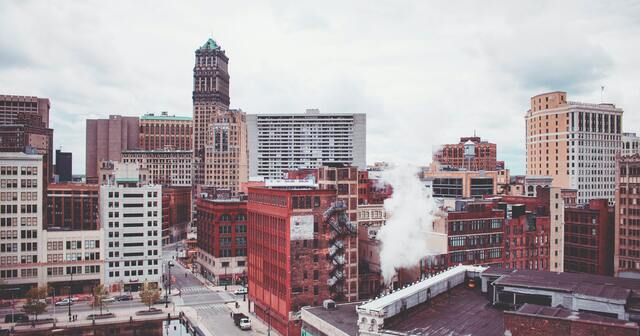 Lawmakers should care about data over headlines

Michigan lawmakers approved $1 billion worth of subsidies in December, driven by requests from unnamed companies for special treatment. More handouts to corporations are being considered. What is remarkable about the debate around the spending is how little of it occurred. Supporters refused even to acknowledge criticisms.

"We are showing future investors that Michigan is serious about attracting new jobs for our state's people and ensuring our future is more prosperous than our past," said Kevin Johnson, CEO of the Detroit Economic Growth Corporation. The program in fact is not required to improve state prosperity: Lawmakers could have included precise goals in the law and a trigger to end the program if it did not meet those goals. They didn’t.

“Michigan is on the precipice of a modern Industrial Revolution,” said Sen. Ken Horn, a Saginaw Republican. “The actions taken today will set the stage for our grandchildren’s futures.” Legislators are accountable to voters, not to the accuracy of their economic predictions. But it’s still pretty bold to prophesize that taxpayer support for a handful of companies will lead the state to a new epoch.

Gov. Whitmer also got in on the exuberance game. “Our state will be able win huge, transformational projects and compete effectively for every dollar and every job for decades to come,” the governor said.

None of these tributes to the new spending acknowledged the economic consensus that subsidies do little or nothing to drive economic growth.

This is not surprising. Business subsidies are all show and no substance.

What’s missing is whether the headlines matter to the state’s economic future. It turns out that giving money to politically favored businesses doesn’t do much.

Economists have developed clever ways to tease out the economic effects of government subsidies for select companies. Some find positive effects, most find negative effects, and none find the kind of effects that lawmakers proclaim when they approve new business subsidies.

As one review of the literature put it, “Many public officials appear to believe that they can influence the course of their state or local economies through incentives and subsidies to a degree far beyond anything supported by even the most optimistic evidence.”

The extreme claims supporters of these subsidies make stem from a misunderstanding about how a state competes, in the governor’s words, for every dollar and every job.

States don’t grow — and their economies don’t transform — because they land big projects at taxpayer expense. They grow by adding more jobs than they lose, and politicians cannot hope to keep up with business changes through direct support. In the year prior to the pandemic, the state added and lost more than 800,000 jobs. The 17,600 jobs pledged in the deals that were given state support that year are not at the scope necessary to deliver on politicians’ promises of revolution and transformation.

Even that small effect is overstated because the numbers of jobs announced in deals are notorious overestimates of what actually happens. Companies often would also have built in the state regardless of taxpayer support.

The fact that business subsidies are unrelated to job growth can be seen in the experiences among the states. Utah and Idaho have more than fully recovered from the losses in the pandemic but offer little in business subsidies.

Supporters of business subsidies do not respond to questions about the scope of job creation, to the academic research on the effectiveness of these programs, or even to the comparisons with competing states. They ignore the work that demonstrates how little their subsidies matter to state growth.

Perhaps the thinking goes, without state support there won’t be any business headlines. That is, if Michigan is really adding 800,000 jobs a year without state support, we don’t see many news stories about it. The business activity that we hear about all seems to come with political favors.

If people really want lawmakers to ensure that the state thrives, they need to care about the data rather than the headlines. The unseen forces matter a lot more than the ground-breaking ceremonies that politicians crave. The states that have the most job growth, as seen by the economic data, are the ones that are growing, rather than the states that have the most business headlines.