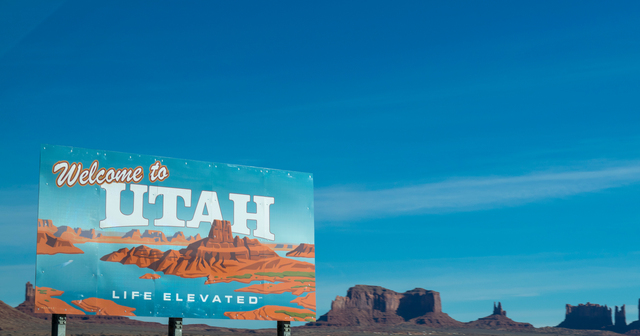 How to Win the Battle for Jobs

Lawmakers should look at Idaho and Utah

As lawmakers consider bills to spend more on selective business subsidy programs, they ought to question whether this is the right strategy. If they want to win the war for jobs, they should look to the states that have added the most jobs. That’s Utah and Idaho. They’ve added the most jobs over the past decade, and they’re the first states which now have more jobs than they did when the pandemic started.

Idaho and Utah lost fewer jobs in the 2008 recession, and they also grew more in the subsequent phase of growth. They lost a smaller share of their jobs when the pandemic hit and recovered the quickest among states. They outperformed Michigan at every step. 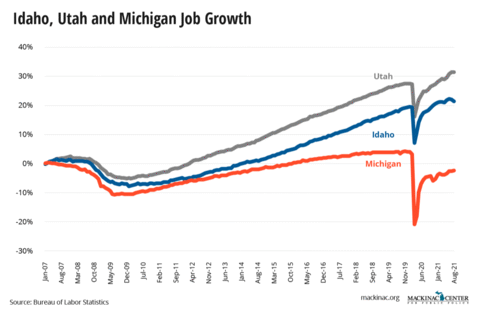 This is how growth works. It happens over the long term. It makes states more resilient in the bad part of business cycles and stronger in the good part.

Too many politicians believe that states with a lot of job growth, such as Idaho and Utah, must have gotten there because they invested in the right industries and used their business subsidy programs to land the right companies. This is not what happened. Neither Idaho nor Utah are known for landing big companies. Nor are they the states that offer a lot of business subsidies. Our 2012 ranking of states’ corporate welfare policies puts them at the bottom of the list — 49th and 50th in selective favors as a percentage of state production.

Michigan, on the other hand, offered the fourth most, due in part to bloated benefits that were dealt out by the Michigan Economic Growth Authority.

And Utah lawmakers are reconsidering what they offer and thinking about entering an interstate compact to get other states to agree with them to stop offering selective business subsidies. As the head of the state’s economic development agency said in a hearing,

The policy of the Governor and the Lt. Governor are absolutely solid. I've heard him state it on a number of occasions: Nobody likes incentives in the state of Utah. I think if we had the ability to do away with all incentives, I think that would be the better policy position.

Our reality is that there is that competition factor, and we do have to compete against the other states that we're working with, whether it's a Utah-grown business or outside. And so, in terms of an interstate compact across the country, I think it's a very intriguing idea. I think, and I can speak for the governor when I say this, if we could get to something like that, I think that would be the best possible approach to incentives.

Michigan lawmakers ought to consider doing the same. There are also bills introduced that would get Michigan to join the kind of compact the Utah official mentioned.

This is not to say that Michigan simply needs to emulate the policies of these states. It is instead to call into question the effectiveness of business subsidies when the states that are winning the battle for jobs don’t rely on them. Rather than giving a handful of companies special deals, lawmakers should improve the state business climate and focus on improving residents’ quality of life.