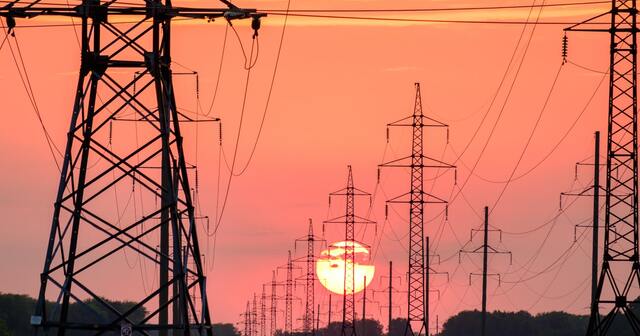 Why the Mackinac Center is intervening in Consumers Energy's planning process

Did you know that one of Michigan’s largest monopoly electric utilities is currently seeking the state government’s approval to radically change how it provides electricity to its customers? The company’s plans will have an impact on your daily life and your use of electricity for years to come.

Consumers Energy’s long-term plans call for prematurely closing existing, reliable generation plants and placing the company’s trust in a massive build-out of reliably unreliable renewable energy. The company’s plan will impose billions in additional costs on customers and force Michigan residents to rely on the same renewable-heavy electric system that is currently failing the states of Texas and California. But rising electricity rates and declining reliability in electric service will harm every Michigan resident.

Government oversight of a monopoly utility’s operations and plans is technically a matter of public record. But the reality is that tracking utility actions is very complex and time consuming, effectively placing it out of the reach of any but the most committed.

To help explain some of these complexities, the Mackinac Center has published numerous articles and reports on Michigan’s electric utilities, including our 2021 report, “Electricity in Michigan: A Primer.”

To help ensure Michigan’s electric system continues to function reliably, we are committed to taking part — or intervening — in an industry practice known as the Integrated Resource Planning process. IRPs are a legally required proceeding in Michigan, where monopoly utilities must seek regulatory approval for their long-term plans. The IRP process is overseen by the Michigan Public Service Commission, the state government authority that describes its charge as “ensuring [Michigan residents have] safe, reliable, and accessible energy and telecommunications services at reasonable rates.”

Before the commission approves a utility IRP, it must first determine that the plan promotes “the most reasonable and prudent means of meeting energy and capacity needs.” And it is that test is where Consumers Energy’s recently filed plan clearly falls flat. The company’s IRP filing is neither reasonable nor prudent, as its stated “preferred course of action” will foist billions in unnecessary costs on electricity customers. Additionally, the plan will dangerously reduce the reliability of our electric system as it attempts to replace reliable energy sources with reliably unreliable solar.

For example, one of the main recommendations of Consumers Energy’s long-term plan is to significantly speed up the retirement of the J.H. Campbell Generation Station in West Olive. The proposal would close the plant by 2025 — rather than the previously MPSC-approved plan to close it in 2040. But, to keep its investors from having to foot the $1.99 billion bill for stranded costs related to the early closure of this plant and the Karn Plant near Bay City, Consumers is asking the state government for permission to pass that expense on to Michigan residents.

But the utility isn’t stopping there. It is also continuing with a plan to stop purchasing power from the Palisades Nuclear Plant next year as well. Doing this will force the 811-megawatt plant to close, even though it is one of the utility’s largest sources of completely reliable, clean and emissions-free electricity. And, just like with the early closures of the Karn and Campbell plants, Consumers’ plans to cease purchasing electricity from Palisades will force its closure well before its federal license to operate until 2031 ends. Just like with the other plants, customers will be stuck with these stranded costs as well.

To deal with the loss of electricity supplied by these hasty closures, Consumers Energy is planning to buy four existing gas plants that were built between 1999 and 2004. Incredibly, the utility’s long-term plan aims to prematurely cease operations on those plants as well, if carbon capture technology is not commercially available by 2040.

The utility proposes to add the $1.4 billion purchase price for the plants to customers’ bills, operate them for only 14-16 years (until 2040), and then stop using them, even though one of the plants will have more than 20 years of life remaining. The reason the utility gives for this plan is its completely voluntary promise to “exceed state targets and the Paris Climate Agreement targets” in order to achieve net-zero CO2 emissions by 2040. 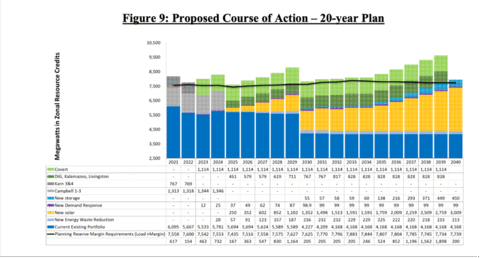 In each of these cases, the company’s plan is akin to taking a 30-year mortgage out on a house, purchasing another, and then moving out and boarding up (or tearing down) the first house after only living in it for a few years.

None of this makes sense to members of the paying public, who unfortunately have no other choice than to purchase increasingly expensive and unreliable electricity from this monopoly utility. Compounding the problem is the fact that this is only the first of many problems we have noticed with the utility’s IRP.

Keep your eyes open. There’s a lot more information coming as we work through the more than 2,000 pages of information in Consumers Energy’s public filing.