Michigan’s public utilities have suggested that the only way to ensure reliable electric service is by giving them a monopoly. However, these utilities currently have a monopoly on 90% of their markets, and still the state is ranked by the Eaton Blackout Tracker as the fourth worst in the nation for power outages from 2008-2017.

Additionally, Michigan’s Average Total Electric Industry Prices (an average of residential, commercial, and industrial prices shown in cents/kWh) shows a clear trend relative to the other Great Lakes states and the national average electric price. From 1990 to 2000, Michigan’s average total electric price was higher than both the average price across all the Great Lakes states and across the nation.

But, in 2000, when Michigan announced market competition for electricity, its average rates began to drop relative to prices in the other Great Lakes states and the national average. By the time we fully implemented electric choice in 2002, our rates had dropped below the U.S. average, and almost matched rates in the adjacent Great Lakes states.

After 2008, when Michigan created its 90% monopoly for utilities, its average total electricity price climbed quickly back above the Great Lakes states and national averages and has remained there to today. 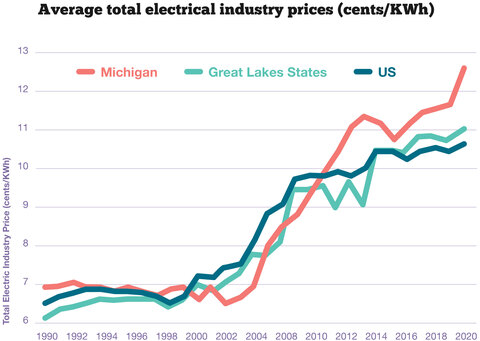 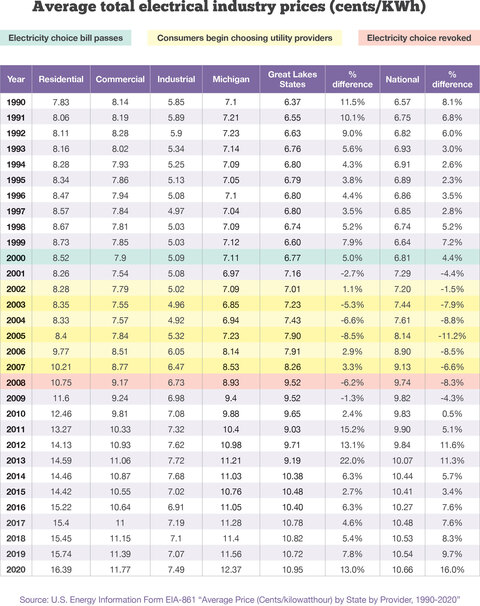 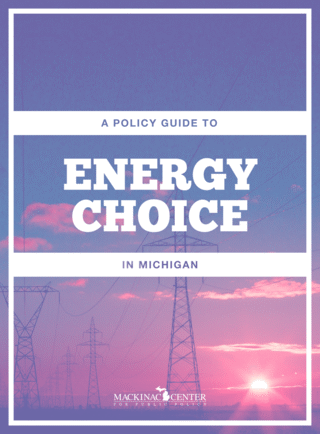