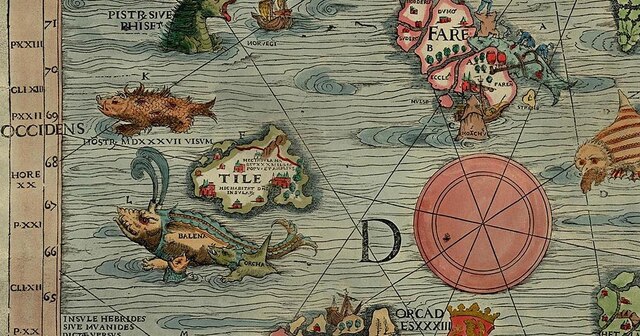 Nuclear energy has come back into the headlines in recent weeks, which means naysayers are already appearing with stories of impending apocalypse.

Renewed interest in nuclear energy – typified by Gov. Gretchen Whitmer’s very late effort to get federal funding to keep open the Palisades Nuclear Generating Station – comes as global warming fears run headlong into the inability of wind and solar power to provide reliable, affordable electricity. Like the politically popular so-called green energies, nuclear power does not emit carbon dioxide. Unlike those, it produces a large amount of reliable energy, accounting for more than a quarter of Michigan energy consumption as of 2018.

But you wouldn’t know that from listening to policy makers.

Candidates for public office demand outright bans, while media outlets frighten readers with vague threats of nuclear doom. They speak of “sinister radiation, the whiff of apocalypse, and the tendency to go boom,” as they wrongly conflate the dangers associated with nuclear weapons with nuclear power plants. In one example, a recent Detroit News article continues the tradition of frightening headlines, promising to answer “Why shoreline nuclear power plants pose problems for the Great Lakes.”

These scare tactics are not without precedent. Medieval cartographers once lined the borders of their maps with the warnings, “hic sunt dracones” or “hic sunt leones” — “here be dragons” and “here be lions.” While these warnings might have once been effective, we should now recognize they represented an unsophisticated fear of the unknown.

For humans, it’s always been far easier to huddle by the fire, safe from imaginary lions and dragons, than it has been to forthrightly address those fears and embrace some new idea or potentially frightening technology. But stepping away from the fire is exactly how we progress as a species. Additionally, in the case of nuclear energy, that step is quite small because we already have a firm grasp on this energy source and know, from experience, just how safe it is.

This same easy regression to fear of the unknown typifies many environmental and energy issues. A popular idea called the “precautionary principle” holds that if an activity has the potential to cause harm to human health or the environment, society should take precautionary measures to stop or curtail that action. These theories push for restrained action “even if some cause-and-effect relationships are not established scientifically.” Stopping the action, regardless of its known benefits, is believed to be preferable to the unknown or unmeasured harm.

Experts interviewed for the Detroit News article appear to embrace this precautionary worldview. “If contamination was to occur, the consequences could be catastrophic and would persist for many generations,” says Gayle Wood, co-chair of the Great Lakes Water Quality Board, in reference to nuclear reactors and spent fuel storage containers located around the Great Lakes.

On a similar theme, if a meteor were to hit the planet, the consequences would be catastrophic and would persist for many generations. If we stepped away from the fire into the dark, we might be eaten by a lion. Yet we continue our lives and activities despite these ever-present threats.

Believers in the precautionary principle might retort that a meteor is a natural event, whereas nuclear power is made by humans, and we can easily avoid an accident by simply closing down the possibly offending reactors.

But this gets us to the strongest argument in favor of nuclear power: The benefits of using nuclear energy are multitudinous and manifest, while the safety record of our nuclear resources is matchless.

In a 2015 article, Alex Epstein, president of the Center for Industrial Progress, responded to claims of a Swiss official that the partial meltdown at the Fukushima Daichi Nuclear Plant “showed [that] the risk of nuclear power is too high.” But the death toll resulting from the failure of the cooling systems at the Fukushima plant — in the wake of a 40-foot tsunami and 9.0 earthquake both striking the facility — was zero.

“Thanks to the fundamental integrity of the nuclear vessel and the containment building, none of the power plant’s neighbors have died, nor have any apparently been exposed to harmful levels of radiation,” Epstein wrote, pointing out that if a similar situation had occurred at a large hydroelectric dam, the failure and flood could have killed thousands.

In an earlier interview, Epstein made similar comments about the accident at Three Mile Island. Quoting the late electrical engineer, author, and nuclear energy advocate Petr Beckmann, Epstein explained that Three Mile Island was “history’s only major disaster with a toll of zero dead, zero injured, and zero diseased.”

“But Chernobyl!!” comes the inevitable reply. And the opening sentence of a 1986 Science magazine article explains why this is, at best, a very poor retort. “A botched experiment and a series of deliberate safety violations, and a reactor that was inherently difficult to operate and control combined to cause the world’s worst nuclear accident.” Blaming the nuclear industry and currently operating nuclear plants for this accident is like blaming the auto industry for a fire caused by a speeding, drunk driver who had removed the brake pads on his ’71 Ford Pinto just before getting in the car.

And sticking with the theme of Soviet-built nuclear plants that are being operated in Ukraine, The Huffington Post recently reported that the Russian military shelled and then captured the Zaporizhzhia Nuclear Power Plant in Enerhodar, Ukraine, in March. Despite experiencing what must be described as an absolute worst-case scenario — Russian bombs literally dropping on the facility — “the International Atomic Energy Agency said it had spoken with Ukrainian officials, who said there are no changes in radiation levels at the site.”

In a broad review of the safety of the nuclear industry, the World Nuclear Association reports that, “Apart from Chernobyl, no nuclear workers or members of the public have ever died as a result of exposure to radiation due to a commercial nuclear reactor incident.”

Despite the concerns expressed by the Detroit News article, the reactors and spent fuels being stored in dry casks near the Great Lakes are extremely safe. The Nuclear Regulatory Commission reports that, “Since the first casks were loaded in 1986, dry storage has released no radiation that affected the public or contaminated the environment.” This level of safety exists because the dry storage casks are designed so well that they can survive a plane crashing into them.

In one example, a company that builds dry storage casks actually tested the integrity of their product by shooting a missile at it. “Moving more than 600 miles per hour, the missile satisfied Swiss regulators’ requirements to simulate an aircraft impact but failed to breach the container,” according to a report at NuclearStreet.com.

Michigan’s four existing nuclear plants have been operating for between 34 and 50 years without incident. The former Big Rock Plant near Charlevoix closed in 1997 and only stores spent fuel on site. None of the five locations have had releases of radiation. Considering that Michigan residents depend on reliable energy in all areas of their lives, it is no exaggeration to say that shutting down the Palisades plant (as is scheduled to happen at the end of this month) poses more risks to the public than keeping it open.

When pressed by questions and concerns over the invention and release of nuclear weapons, C.S. Lewis explained in his 1948 work “Present Concerns: Essays by C.S. Lewis” that endless fears of impending doom should not be allowed to stop human progress:

‘How are we to live in an atomic age?’ I am tempted to reply: ‘Why, as you would have lived in the sixteenth century when the plague visited London almost every year … or indeed, as you are already living in an age of cancer, an age of syphilis, an age of paralysis, an age of air raids, an age of railway accidents, an age of motor accidents.’

Believe me, dear sir or madam, you and all whom you love were already sentenced to death before the atomic bomb was invented. … If we are all going to be destroyed by an atomic bomb, let that bomb when it comes find us doing sensible and human things — praying, working, teaching, reading, listening to music, bathing the children, playing tennis, chatting to our friends … not huddled together like frightened sheep and thinking about bombs. They may break our bodies (a microbe can do that) but they need not dominate our minds.

Given human history, it’s not surprising that some will focus on concerns about shadowy and poorly understood threats. Despite the ongoing “hic sunt leones” chorus, nuclear energy has, for decades, provided American consumers with a reliable, affordable, clean and extremely safe supply of electricity. It would be a short-sighted failure to allow misguided fears to deprive us of one of our safest and most reliable sources of essential energy.