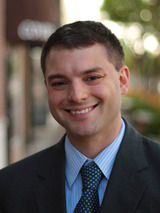 Vernuccio is a graduate of the Ave Maria School of Law in Ann Arbor, Mich. Under President George W. Bush he served as special assistant to the assistant secretary for administration and management in the Department of Labor.

Vernuccio has published articles and op-eds in such newspapers and magazines as The Wall Street Journal, New York Times, Investor’s Business Daily, The Washington Times, National Review, Forbes and The American Spectator. He has been cited in several books, and he is a frequent contributor on national television and radio shows, such as "Your World" with Neil Cavuto and Varney and Company.

Vernuccio is a sought-after voice on labor panels nationally and in Washington, D.C. and as a regular guest on Fox News channels.

He has advised senators and congressmen on a multitude of labor-related issues. He testified before the United States House of Representatives Subcommittee on Federal Workforce, Postal Service and Labor Policy.

We'll Need Entrepreneurship and Flexibility in the Post-COVID Economy

Union Provisions in the CARES Act are Cause for Concern