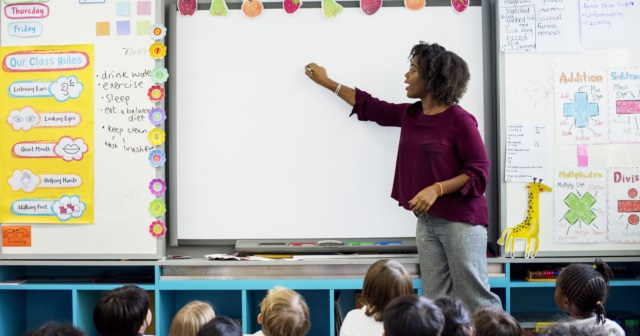 When asked why they stay in a union, some teachers cite a fear of losing pay, benefits, or tenure.

But for teachers and other public employees who may want to opt out of the union at their workplace, dropping membership does not have any effect on seniority, tenure, or pay, or benefits such as health insurance or a retirement plan.

That’s because, for better or worse, everyone under a collective bargaining agreement has the same benefits and contract terms, regardless of whether they are a union member or not. Of course, union membership includes some features limited to paying members, but almost all of those perks can be obtained from other organizations.

When a union organizes a workplace such as a school, it is given a monopoly on negotiating the terms in a contract, through a concept called exclusive representation. In an organized workplace such as schools, it bargains over pay, seniority structure, tenure terms, and employee benefits for everyone, just its members.

Unions like it this way. They prefer to negotiate on behalf of all employees in a workplace, even those that don’t pay union dues. Why have they long advocated for this scenario? Because it strengthens their hand at the bargaining table.

Teachers and many other public employees, on the other hand, may not like this arrangement, because it stifles how much they can earn and prevents them from working directly with their employers. Instead, they must accept the terms negotiated by unions even though they may not want to associate with them.

In fact, 70% of Association of American Educators members support a “policy that would allow a teacher to opt-out of the collective bargaining agreement in their district and negotiate their own salary and benefits package.” This survey is also echoed by a 2017 National Employee Freedom Week Survey that showed 77 percent of union members agreed that “an employee that opts out of membership and stops paying dues should represent him/herself in employer negotiations.”

The idea, Worker’s Choice, would allow public employees to fully opt out of a union and represent themselves, similar to what over 88% of workers (and over 62% of public employees) do already.

Worker’s Choice is still a new concept. It has not been enacted, so in almost all cases if a union represents one employee in a workplace, it represents all employees in that workplace, whether they are dues-paying members or not. Since the union has monopoly privileges, its contract provisions — including seniority, tenure, pay, and benefits — cover all employees. This means that union members and nonmembers are treated the same.

Consequently, a union member and someone who has opted out of the union work under the same contract and receive the same benefits.

Of course, unions do offer benefits directly to their members, like discounts on movie tickets or access to the union magazine. Additionally, only union members are allowed to cast votes for union offices or on proposed contracts.

While teachers are likely covered by their school’s insurance policy, unions often provide additional liability protection, which they do not need to offer to non-members. Organization such as AAE, though, provide similar insurance, as well as newsletters and discount theater tickets!

In summary, unions are given a monopoly when they organize a workplace such as a school, under a concept called exclusive representation. For better or worse, this monopoly means that every teacher or worker under the union contract does not have a choice when it comes to the seniority system, pay, or benefits. The only difference between what a member or nonmember receives are those things that come directly from a union. However, other organizations provide similar benefits if a teacher would like them. A teacher, then, need not fear losing tenure protection being dropped out of the seniority scale by leaving the union.