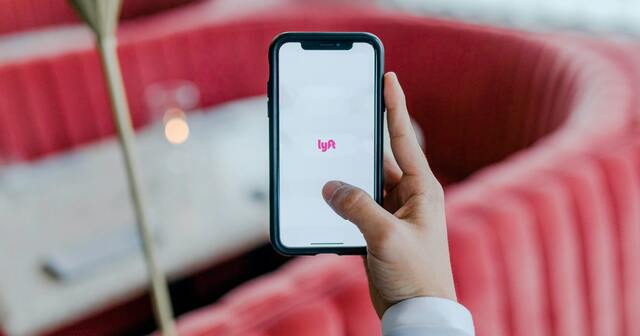 ABC test may cause the gig economy to disappear

Editor's Note: This article was first published in The Hill on January 23, 2021.

One of the first tests the Biden administration will face is whether it will protect independent workers or give in to special interests.

On Jan. 6, the Department of Labor finalized a rule to ensure that many entrepreneurs who want to work for themselves can do so. The rule takes a commonsense approach to classifying workers as either employees or independent contractors. As former Secretary of Labor Eugene Scalia wrote for Fox Business, the rule “respects the time-honored American tradition of being your own boss.”

The new rule clarifies the existing “economic realities” test, which examines whether a worker is self-employed and acting as an independent contractor, or is instead a traditional employee.

There are two core factors in the economic realities test: The extent to which the person has control over the work performed and the risk or profit a worker faces based on his or her investment in the business.

The rule also offers guideposts to help officials and workers apply the core factors as they figure out whether a person is an employee or a contractor. The guideposts include questions such as the skills required for the work, the length of the parties’ working relationship, and whether a worker is an “integrated part of production” of a product or service. These guideposts are given less weight than the core factors, however, and they may apply when the core factors alone don’t lead to a particular conclusion.

Under this test, workers who are truly employees will be treated as such, but those working for themselves will be free to do so. Unfortunately, the rule soon may come under fire from the new president.

That’s because President Biden favors the “ABC” test that underlies California’s notorious AB-5 bill. The ABC test makes it hard for independent workers to have their own businesses. Before multiple exemptions were added through new legislation and voters approved a ballot initiative, AB-5 wreaked havoc on California’s independent contractors. The result was loss of flexibility, income and, in some cases, people moving out of the state so they could continue to work.

Shelby Givan left her full-time teaching job after she became pregnant, seeking to spend more time with her son. To supplement her income, she became a freelance educator, which allowed her to set her own hours and continue being a full-time mom. AB-5 took that freedom from her, and Givan eventually left California to continue working for herself.

“It’s like the government is trying to tell me that they know what’s best for me and for my family more than I do,” she said. “They took away my right to work and my right to make decisions about my own life. It’s impacting my ability to be the mother that I want to be and forcing me to take time away from my family, and for me, that’s personal.”

Were the ABC test to be enacted nationwide, California’s entrepreneurial refugees would have nowhere to go. It would also reduce the flexibility of independent workers and increase costs for many companies.

One estimate shows that if the ABC test were expanded nationwide, it could cost employers as much as $12.1 billion annually.

Biden’s support for the ABC test relies on the argument that companies, particularly those in the gig economy, are misclassifying their workers to avoid paying benefits. The problem with this argument is that many independent contractors simply don’t think they’re being mistreated. In fact, fewer than 10 percent of workers currently classified as independent contractors want to be reclassified.

Protecting workers is an admirable goal, and one that should be pursued vigorously. But the treatment can’t be worse than the disease. It is not worth eliminating the gig economy, risking disruptions of up to 8.5 percent of GDP, and denying 90 percent of independent workers the flexibility and independence they currently enjoy. It would be far better for Biden to embrace the Labor Department’s new rule and vigorously enforce it, than to replace the rule with the ABC test. The latter option is simply too much for an already crippled economy.