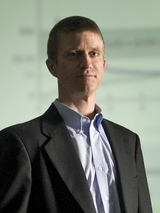 Dean Stansel is a Ph.D. economist and a research associate professor at the Bridwell Institute for Economic Freedom in the Cox School of Business at Southern Methodist University in Dallas. He is the primary author of the Fraser Institute’s annual Economic Freedom of North America report, which ranks North American states and provinces and author of the U.S. Metropolitan Area Economic Freedom Index, published by the Reason Foundation in 2019. Along with Fraser, Stansel has created a growing network of state think tanks that meets annually to discuss ways to make use of the EFNA.

He has collaborated with more than a dozen state and national think tanks on a variety of projects. Prior to SMU, he was an economics professor at Florida Gulf Coast University for 11 years. Before entering academia, Stansel worked for seven years at the Cato Institute, where he authored more than 60 publications on fiscal policy issues, including the first four editions of their “Fiscal Policy Report Card on America’s Governors,” as well as two policy studies and four Viewpoints for the Mackinac Center. His research has appeared in numerous academic journals, and has been cited in the popular press, including the Wall Street Journal, New York Times, San Francisco Chronicle, and Atlanta Journal-Constitution. His op-eds have appeared in the Wall Street Journal, Investor’s Business Daily, Washington Post, Dallas Morning News, Chicago Tribune, Detroit Free Press, and Detroit News, among others.

Stansel earned his B.A. (with honors) in economics and political science from Wake Forest University in 1991 and his Ph.D. in economics from George Mason University in 2002. He’s married and has two children whom they homeschool.

Economic Freedom in Michigan and Beyond

Economic Freedom: What It Is and Why It Matters

Which Is Better: Cutting Income Tax Rates or Increasing the Exemption?