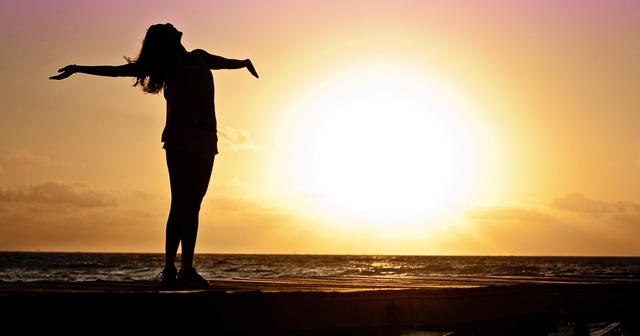 A: The vital economic freedom

This article originally appeared in The Hill October 15, 2022.

For centuries scholars have studied economic growth and development with an eye toward explaining what makes some places wealthy and others less so. We recently added to the large volume of studies by examining the relationship between economic freedom and labor market outcomes in the 383 local economies, or metropolitan statistical areas (MSAs), in the United States.

We found that areas with more economic liberty typically do better than those with less freedom on vital measures such as the unemployment rate, employment growth, and population growth. Policymakers would be wise to practice restraint. State and local governments should reduce or eliminate barriers to peaceful and voluntary association between employees and employers, as well as between buyers and sellers in general.

Some background is in order. For many years, the Fraser Institute in Canada has produced quantitative measures of the level of economic freedom in countries and states (or provinces in Canada). The state-level index is built around three major areas: government spending, taxes, and labor market restrictions. We follow a similar methodology but drill down to the local level. In our study, each area has three variables such as spending as a percentage of personal income and union density. They are scored objectively based on the data, and then each area is ranked accordingly.

We found that eight of the top 10 freedom scores in our index were for metropolitan areas in Florida. The other two were from Texas. In fact, the top 16 scores went to MSAs located in these two states.

At the other end of the spectrum was California. Six of the 10 worst performing metropolitan areas in our study were in the Golden State. Another two were in New York and one each in Hawaii and New Jersey.

We divided the 383 MSAs into four groups (quartiles), from the most-free 25 percent to the least-free, and then we examined how they performed economically. Metropolitan areas with the highest economic freedom saw employment grow 2.5 times faster and population grow 10 times faster than those with the lowest freedom. Those lowest-freedom areas also had a one-third higher unemployment rate than the most-free areas.

It may be tempting for the earnest skeptic to dismiss such research on the grounds that these are simplistic correlations. After all, Naples, Fla. and Dallas, Texas also have more days of sunshine than, say, Grand Rapids, Mich.

But scholars around the world have had access to data like ours at the local, state, and country levels for years. They are sensitive to spurious conclusions that could be drawn from the data and take great pains to control for key variables that may influence their findings.

More often than not, these researchers demonstrate positive links between economic liberty and economic outcomes people, policymakers and politicians claim they want, such as faster economic and population growth and more entrepreneurship.

One of those papers, titled “Economic Freedom and Income Levels in the United States,” found that a 10 percent increase in economic liberty is associated with a 5 percent increase in inflation-adjusted per capita gross state product, or the value of all the goods and services produced within a state’s geographical borders. When the amount of output per person increases, the overall standard of living and income level tends to increase as well, which can bring benefits to everyone. There are hundreds of other papers with similar findings.

The conclusion to all of this is that policymakers who wish to provide more opportunities for people to enjoy the blessings of economic well-being need to make economic freedom a top priority. That means policymakers should refrain from crowding out private employment with government employment, reduce the burden of the minimum wage and taxes, and rein in unnecessary government spending.

A huge volume of research shows that areas that keep government intervention to a minimum (i.e., those with higher economic freedom) tend to have better outcomes on a wide variety of measures, including lower unemployment rates, higher employment growth, higher population growth, and many, many others.

Dean Stansel, Ph.D., is an economist at the Bridwell Institute for Economic Freedom in SMU’s Cox School of Business in Dallas, Texas. Follow him on Twitter @deanstansel.