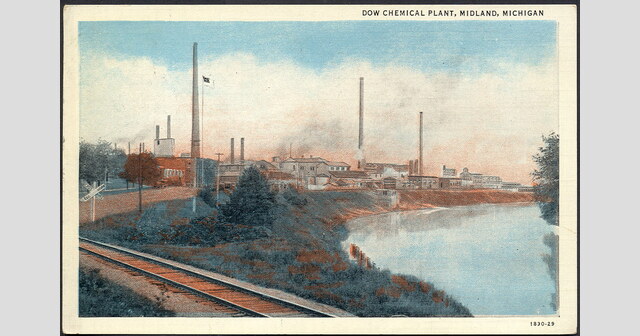 The Mackinac Center recently completed a national study of the 383 metropolitan statistical areas across the United States that objectively measured and scored economic freedom in each. Our research shows that Midland tops all of the 14 metro areas in the state.

The Canada-based Fraser Institute has for decades measured economic freedom around the globe, using such variables as freedom to trade internationally, tax burdens and government spending. The institute compares country-by-country data and ranks nations accordingly. In 2021 the United States was ranked the sixth-freest nation on earth.

Fraser has also done this for U.S. and Mexican states. Last year Michigan was ranked 34th among the states for economic freedom.

We have adapted the Fraser Institute’s basic methodology by collecting Metropolitan Statistical Area- level data for taxes, government spending and labor market regulations. The metro data is published by the United States Census Bureau. The three policy areas in our study are made up of different variables. For instance, the labor market area uses information on union density, minimum wage burdens and government employment as a percentage of total employment. Each of these receives a score between zero (least free) and 10 (most free) that is distributed proportionally based on the data.

Midland is a top performer, ranking first among the 14 metro areas in Michigan on taxes and government spending and second overall in labor market freedom, behind Ann Arbor. Midland’s economic freedom score in our index is 6.76 out of 10. This is the only metro area in the Great Lake State that outperformed the national average score, but only by a whisker. By contrast, Bay City was 14th among Michigan metro areas with a score of 5.62. Of the 383 areas in our study, Midland ranked 193rd. Bay City was 346th.

To examine correlations between economic liberty and economic performance, we divided all metro areas into four groups (quartiles) based on their economic freedom score and found that those areas in the freer quartiles tended to outperform those in the less free quartiles.

Whether measuring by overall freedom score or just in the area of labor market freedom, metro areas with the highest scores saw 10 times the amount of population growth from 2017 to 2019 than did those with the lowest scores. The list of positive correlations between economic liberty and outcomes policymakers claim they want is a long one.

University scholars have used the type of datasets described above to look for more than correlations. They control for many phenomena that might alter findings and still overwhelmingly find that economic freedom is associated with things such as prosperity, international and interstate migration, life satisfaction, environmental cleanliness and more.

The policy implications should be clear. Economic freedom is inextricably linked with positive outcomes. State and local authorities who wish to encourage economic and population growth should practice restraint and work to remove, rather than construct, hurdles to peaceful and voluntary association for personal gain.

Michael LaFaive is senior director of the Morey Fiscal Policy Initiative with the Mackinac Center for Public Policy. Dean Stansel is an economist at the Bridwell Institute for Economic Freedom in SMU’s Cox School of Business in Dallas.