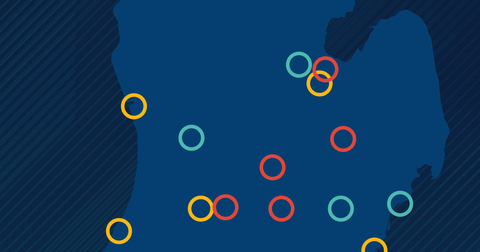 Michigan has long had a stagnant or even declining population, which brings less clout in Congress and any number of challenges for state policymakers.

One of our latest research projects suggests why Michigan has struggled, and the answer lies with policy choices its leaders have made.

In August, the Mackinac Center released “Economic Freedom in the City: Ranking Michigan’s Labor Markets.” It measures and ranks economic freedom in all 383 Metropolitan Statistical Areas in the United States. The reportpays special attention to Michigan’s 14 metro areas and their policy choices.

The study drew on an approach from the Fraser Institute of Canada, which looks at government spending, taxation and labor market regulation to measure government interference in the marketplace.

Michigan’s metro areas scored poorly on the index of economic liberty. Midland did the best, scoring 6.7 out of a possible 10, making it 193rd in the country. It was the only metro area in Michigan to outperform the national average, and it barely did that. The top score in the nation went to Naples, Florida, with 8.8. The worst score was for El Centro, California, at 3.8. Michigan’s worst performer was Bay City. It had a freedom score of 5.6, placing it 346th nationally.

The rankings are not simply a debating point. Instead, they are related to established measurements of well-being, with the metro areas that earned higher rankings outperforming other areas in the unemployment rate, job growth and population growth.

Coincidence? Not likely. A 2020 academic paper, using the same data we used, as well as IRS data, found that a 10% increase in economic freedom was associated with a 27% increase in net population migration from other metropolitan statistical areas. When people move, they take their money with them, so this can have a huge impact on the prosperity of our local communities.

The Mackinac Center for Public Policy’s goal is to advance liberty and opportunity for all people. Evidence shows the two ideas are inextricably linked — at the national, state, and now, local level of government. 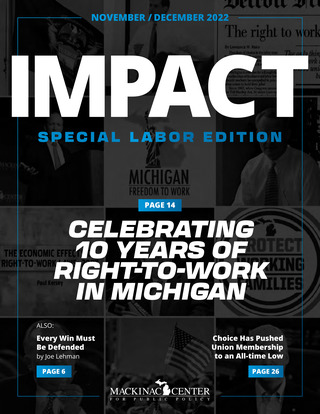