A growing state economy reflects the success of entrepreneurs in developing new businesses or expanding existing ones, creating opportunities for workers in the process. It should not come as a surprise, then, that right-to-work states, with their higher rates of overall growth, show a significant edge in creating jobs. 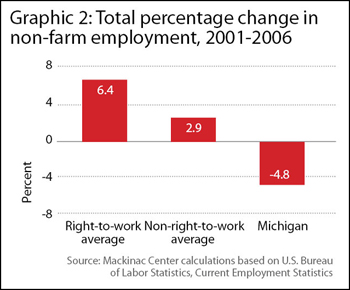