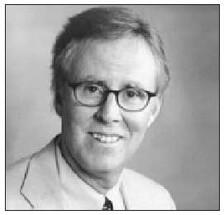 The state Board of Education selected Gov. Granholm’s candidate for superintendent of public instruction in May to fill the vacancy left by former superintendent Thomas Watkins. The board chose Michael Flanagan after narrowing the field of 29 candidates to three finalists: Dr. Nicholas Fischer of Fairfax County Public Schools, Virginia; Dr. Thomas Jandris of Progress Education Corporation, Chicago; and Flanagan, who at the time of his appointment served as the executive director of the Michigan Association of School Administrators and the Michigan Association of Intermediate School Administrators.

A divided board chose Flanagan with a vote of five in favor, one against, and two abstaining.

He originally decided not to seek the position, but acquiesced at the request of the governor.

The 55-year-old Flanagan briefly served as Gov. Granholm’s educational adviser at the outset of her administration. He has also been a school district superintendent at Wayne Regional Education Service Agency and Farmington Hills Public Schools. According to a May Gongwer News Service report, his supporters saw his Michigan ties and extensive relationships within the state’s education community as an asset, quoting board member Reginald Turner, "Mike Flanagan not only has the technical knowledge, but in working with local superintendents and intermediate superintendents and as a superintendent himself, he has actually implemented change to improve priority schools."

There are still questions however, as illustrated by board member Elizabeth Bauer. Gongwer reported that Bauer said, "It (the selection process) made me wonder whether the governor would be willing to work with anyone who wasn’t already her selection."

In a separate Gongwer report, Flanagan expressed his belief that higher education would produce higher standards of living for Michigan residents. He also stated that he thinks the state should do all it can to help poor children obtain the resources they need to succeed in school, especially in situations where parents are negligent.

Flanagan stressed the importance of community involvement in the education of children, telling Gongwer that he hopes to accomplish some of his goals to move ideas that have been on the table for years.

"If we all work together, as tough as it will be, it is doable. We don’t have a choice. The future of the state is at stake," said Flanagan at his board interview, according to the Lansing State Journal.