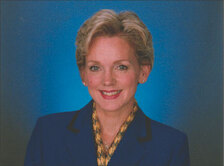 Jennifer Granholm has held the office of Michigan’s attorney general since 1999. Previously, she served as an attorney for Wayne County and as a federal prosecutor in the U.S. Attorney’s office. She is running for governor of the state of Michigan as the Democratic nominee.

If elected, Granholm would expand pre-school education to toddlers and create state-sponsored parent-education programs, which would include state-run parent-child playgroups, childrearing classes for parents, and possible home visits by state officials. The Michigan Education Association (MEA), the state’s largest school employees’ union, has endorsed her.

Granholm says she would grant more state funding for after-school and summer school programs and reinstate programs recently cut from the state budget. For example, she would like to expand Mentor Michigan, a student-tutoring program founded by Granholm, Michigan First Lady Michelle Engler, and former Detroit Pistons basketball star Isaiah Thomas. She has also proposed the establishment of a Great Lakes Scholarship Program which would raise scholarship money for post-secondary students.

Granholm’s definition of a “failing school” would be guided by an accreditation plan much like the one advocated by state superintendent Tom Watkins and approved earlier this year by the state board of education. The plan relies not only on state achievement test scores, but on factors such as attendance and graduation rates.

To handle failing public schools, she would send in state-sponsored “Turnaround Teams” composed of state education professionals and specialists. State funding would be withheld from the failing school and instead handled by the Team, given to after-school programs, or offered for the transfer of students, at their parents’ request, to different public schools. Under the transfer program, the per-student funding for each child would then go to the school the parents choose for their child, instead of going to the failing school. The failing school would be required to create a recovery plan with the assistance of the Turnaround Team.

Granholm favors the creation and funding of new teacher training and development programs, and wants the state to pay the balance on student loans for teachers who agree to teach in specified at-risk schools, or in subject areas where there is a shortage of teachers. In addition to using state money, Granholm would require local governments to fund part of her teacher mentoring and training plans.

In response to complaints from school districts regarding deteriorating infrastructure, Granholm says she would raise money for new school buildings, building repairs and modernization through a new “bonding fund,” which would provide loans for these purposes. She also wants to change Proposal A, the Michigan school funding plan that transferred the bulk of funding from local entities to the state and substantially lowered property taxes, so that school districts may once again use local millages to increase property taxes for schools. Granholm also says she believes all funding for special education should come from the federal government.

Additionally, Granholm wants all Michigan high school students to fulfill a community service requirement in order to graduate. She advocates changing Michigan’s school dropout age from 16 to 18, which would rescind state permission for students to leave school prior to graduation from high school and would withhold driver’s licenses from truant students.

A common criticism of Jennifer Gran-holm’s education plan is that it offers no estimate of the level of funding that will be required for her many programs. According to a recent Lansing State Journal editorial, she “doesn’t even attempt to attach a dollar figure to any of her proposals, much less advise from where that money would come.”
Her opponent, Lt. Gov. Dick Posthumus, claiming he is the only “anti-tax candidate” in the race, believes Granholm will support increased taxes, likely through reforms to Proposal A and new programs.

Another criticism is that she has few new ideas. According to the Michigan Information Research Service, seven of the 11 policies she has offered as her plan for education have already been included in recent bills before the Michigan Legislature.