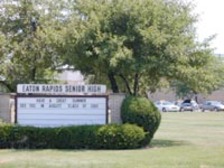 Test scores in every subject and grade level increased under Eaton Rapids School Superintendent Buelah Mitchell, who was ousted in 1998 by "union power," according to one parent.

According to many school parents and community members, Dr. Buelah Mitchell was an effective and innovative superintendent in the Eaton Rapids School District for over three years. So why did the school board opt not to renew her contract?

"Politics and union power forced out an administrator who was making our schools better," says one Eaton Rapids parent who asked to not be identified.

Mitchell was hired in the fall of 1996. Eaton Rapids school board members were impressed by her resume, which showcased numerous positions in districts in New Jersey and Pennsylvania and many leadership awards for outstanding service and dedication to education.

But Mitchell had her work cut out for her. As incoming superintendent, she faced many challenges from the 3,300-student district located 30 miles south of Lansing. Teacher contracts needed to be renegotiated, state-mandated instructional hours were not being met, and test scores were low.

In the few years Mitchell served as superintendent, standardized test scores improved in nearly every grade, in every subject. Mitchell also oversaw the completion of a full-scale building expansion, which ended ahead of schedule and $1 million under budget. She championed the district's technology program, making sure schools were wired for computer services, while instituting or expanding numerous additional programs for students, such as character education, foreign-exchange programs, and other plans to involve parents and community members in the schools.

However, in the process of making positive changes in the district, Mitchell implemented many measures that were opposed by the local affiliate of the Michigan Education Association (MEA) teachers' union.

One such measure was Mitchell's requirement that "skill-level assessment scores" in reading and math be included on all report cards. These scores cited the grade level at which the children were testing. Mitchell also attempted to include teachers' disciplinary records in their personnel files.

During her tenure, Mitchell faced three expired labor contracts that needed to be renegotiated with teachers, support staff, and transportation unions. The latter two contracts were renegotiated with complimentary remarks about the superintendent's ability to work cooperatively. However, the teachers' contract negotiations were not as amicable.

During contract negotiations, all participating parties were relying on information from school controller Jim Carl, whose figures indicated that the district was facing a budget deficit. Because of this understanding, the final contract agreed upon in August 1997 called for no retroactive pay increases for the 1996-97 school year and a 3-percent raise for the 1997-98 school year. Months later, an outside auditor revealed that, in fact, the district was facing a $354,000 budget surplus- contradicting Carl's earlier reports that first projected a budget deficit.

Also in 1997, when Mitchell recommended the board not renew the contracts of two administrators, the local MEA used her action to spread fear among school employees that their jobs may be next. The union then initiated a campaign against Mitchell, attempting to thwart her reforms in negotiations for the next teachers' contract and influencing a majority of the school board against Mitchell.

An effort to recall two board members who were supportive of Mitchell began in 1997. According to the recall petition, board president Judy Sutton should be removed because she "voted to extend Mitchell's contract before it expired" and "failed to approve enough folding chairs to be brought into the board room for community members." With the support of the local union, both board members were removed in February 1998. One month later, the newly constituted board voted not to extend Mitchell's contract.

A new teachers' contract was then negotiated by the school board and MEA. The contract included numerous clauses to shield teachers from disciplinary actions and complaints filed against them by parents. It also recommended that parents give written notice 24 hours in advance before being allowed in their children's classrooms.

The 1999-2000 budget increased teachers' compensation significantly. This required the district to go to the taxpayers to ask for a 1-mill increase in local taxes, worth more than $3.1 million over 10 years. However, the millage increase was voted down in 2000, forcing the district to make cuts elsewhere in its budget.

Today, Mitchell praises the positive changes that occurred while she was superintendent in Eaton Rapids and commends the teachers for their dedication to student achievement. Yet, she also admits that the union leadership was "much different" in Michigan than what she was used to in previous experiences.

Administrators still seek her out for counsel. "Not a week goes by when I don't get a note, a telephone call. I would say we forged something lasting and enduring. I wish the very best for the community," Mitchell says from her new perch as superintendent of Highland Park schools.

One former board member, who asked to remain anonymous, says Mitchell "was making people do their jobs and holding them accountable, which probably posed a threat."

To the Eaton Rapids parent who requested anonymity, Mitchell's dismissal and the installation of a new superintendent in May of this year is not encouraging. "Unfortunately," says the parent, "school politics will maintain the status quo in Eaton Rapids, which does not serve students or the community."