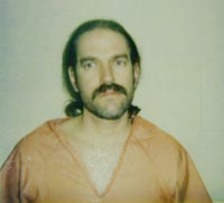 The Michigan State Court of Appeals decided last fall that a Michigan Education Association (MEA) representative may have failed to do enough to warn a school superintendent that a distressed and armed teacher was coming to kill him.

The lawsuit, which began in a Washtenaw Circuit Court, alleges that MEA representative Mark Jenkins could have prevented the death of Chelsea Schools Superintendent Joseph Piasecki had he adequately warned Piasecki of impending danger. The suit, citing negligence, was filed by Marlene Piasecki, widow of the slain superintendent, against the Michigan Education Association and seeks in excess of $25,000.

On Dec. 16, 1993, Chelsea chemistry teacher Stephen Leith left a grievance hearing at the high school, obtained a handgun, returned to the school, and shot and killed Piasecki. Two others were shot and wounded by Leith, who had previously been disciplined for behavioral problems. Leith is currently serving a life sentence for Piasecki's murder.

Minutes before the shooting, Leith's wife called MEA representative Mark Jenkins to warn him of her husband's plans. Although Jenkins eventually called Piasecki to tell him there was a possibility that Leith was on his way back to the grievance hearing, he is accused of not informing Piasecki that the distraught teacher was armed. This omission led to Piasecki's death, according to Anthony Patti, attorney for Marlene Piasecki.

Although the Washtenaw Circuit Court judge dismissed the claims against the MEA, the case was submitted to the Michigan State Court of Appeals, where judges overturned one of the dismissed claims. The Appeals decision gave the widow a green light to continue with the suit.

"The ruling certainly is a victory," Patti told The Detroit News. "The family is looking forward to having its day in court and this will allow it."

The case will continue to the Michigan Supreme Court, where justices will decide whether or not to review the case. If reviewed, the case may return to the Washtenaw Circuit Court for a jury trial.