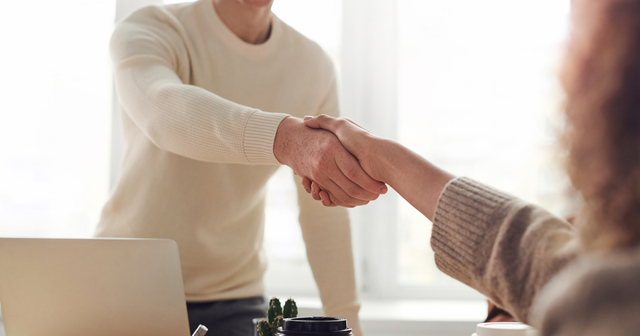 Photo by fauxels on Pexels

Editor’s Note: This is an updated version of a blog that was first published in September 2021.

Lansing politicians are nothing if not persistent. Their latest gambit is another corporate handout bill that would allow corporations to keep up to 100% of the personal income taxes of employees hired as part of promises they make to the state.

House Bill 5426 is identical to Senate Bill 615 and under consideration in the House Commerce and Tourism committee at 9 a.m. Tuesday. Known as the Michigan Employment Opportunity Program, the legislation is designed to rebirth the previously sunset and misnamed “Good Jobs for Michigan” program. Only about 10% of the language in the bill is original, the rest having been cribbed directly from the earlier Good Jobs legislation. Large swaths of Good Jobs legislation itself were taken from the now failed and shuttered Michigan Economic Growth Authority corporate welfare program.

Scholarly research has found taxpayer subsidy programs for corporations to be ineffective and expensive. They are also fundamentally unfair. Until Lansing’s political class can show evidence to the contrary — and beyond the usual puffery and hyperbole — neither HB 5426 nor SB 615 should not become law.

Academics have studied state and local economic development programs for years and found them to be largely ineffective.

A study of a program called Promoting Employment Across Kansas — or “PEAK”— deserves special mention. It is structured in a similar way to the proposed Michigan Employment Opportunity Program. Economist Nathan Jensen studied PEAK by comparing the employment changes at companies subsidized by the program to similar companies that were not. He found that subsidized firms added no more employees than like firms in Kansas that had not.

In 2018 a study by three university scholars collected information on 2,400 incentive deals across 35 states (180 in Michigan) and tracked their employment performance against a commercially available jobs and sales database known by the acronym, “NETS.” The researchers found that employment growth was 3.7% slower overall at subsidized establishments, compared to like ones who were not subsidized. The authors did underscore that small firms performed better. The MEOP does not appear designed to underwrite small business expansions.

The Mackinac Center published a similar study in 2020 with 2,300 Michigan-specific incentive deals going back to 1982, and across nine program or program areas. It found no impact from incentives on jobs in five cases, and an explicitly negative one in another. In three instances, it found positive job creation numbers when compared to similar but unsubsidized firms. But the jobs came a huge cost. For example, the MEGA program had to offer $125,000 in subsidies per job created per year. The costs clearly outweigh the benefits. There are more than $500 million in MEGA credits expected to be paid out to MEGA recipients in 2022 alone.

Moreover, these programs are often sold as a way to lure a big corporate location from outside the state. Indeed, the Good Jobs program was in part sold to legislators as a way to land a FoxConn plant. FoxConn is famous for manufacturing iPhones, among other items. Many states create programs to dangle billions in front of giant corporations. The FoxConn plant went to Wisconsin despite the GJFM program, didn’t work out as promised, and it may have cost the Badger State’s governor his job.

The Center also used the NETS database to track establishment moves into the state of Michigan. From 1990 through 2015, less than 1% of all net new jobs were a function of those relocations. Even then, only a teeny portion of those were offered subsidies from the state and an even smaller portion of those were necessary. Research published by the Kalamazoo-based W.E. Upjohn Institute for Employment Research estimates that 75% to 98% of corporate decisions on relocation, expansion or staying where they are would have likely happened without an incentive.

How do proponents react to all of this evidence? They don’t, at least not with much scholarly evidence of their own. There isn’t much to be found in academic journals that supports these programs. Instead their advocates point to promises of job creation or the government’s own demonstrably questionable estimates and creative spin doctoring.

Corporate subsidy programs are terribly ineffective and expensive, too. Even when they lead to larger payrolls, they typically come at a cost that is so large they may do more harm than good.

House committee members should reject the proposed legislation and do so right away.