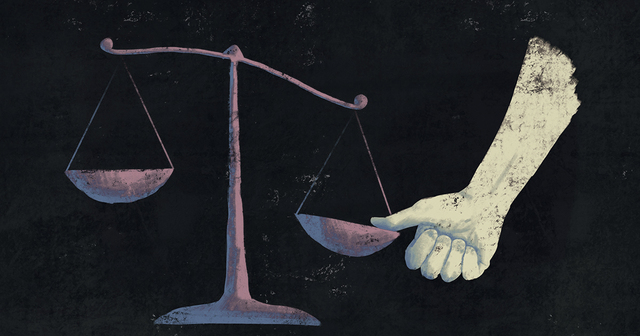 Jobs Department’s Fake News: $10 Tax return for Every $1 in Subsidies

On December 6, 2017 the authors were informed that the input assumption sheets for most finalized MBDP deals will be provided upon request.

In 2011 newly elected Gov. Rick Snyder championed a corporate handout initiative called the Michigan Business Development Program. The program distributes mostly cash grants (and some loans and other favors) to companies that make investments and add new jobs, above some baseline, to their payroll in Michigan. The MBDP was a replacement for the state’s Michigan Economic Growth Authority, which is widely regarded as a multibillion-dollar job creation failure.

The MBDP is very likely ineffective, too, and should be suspended, at least until the state is willing to make public the assumptions that contribute to the credulity-straining claims of the program’s so-called “return on investment.” Ideally, the Legislature would hire some independent academic scholar with no vested interest in the question to assess the value of the program empirically.

There are several troublesome questions about the MBDP. State officials cannot prove that the jobs they are claiming this program is responsible for would not have been created without subsidies. Evidence suggests almost all decisions about business expansion and relocation are not determined by government incentives.

Scholar Timothy Bartik of the Kalamazoo-based Upjohn Institute writes that “the average incentive package … might tip the location decision of 6 percent of incented businesses.” That means that incentives made a difference only 6 percent of the time. The vast majority did not help a jurisdiction’s economy.

The MBDP also lacks transparency. In its fiscal year 2016 annual report, the program’s administrators make outrageous claims that they can’t — or won’t — back up. The report says that the projected return on investment for 2016 projects alone is 10 to one. That is, for every dollar in subsidies distributed by the state, $10 will be returned to it as a result.

They are not even willing to justify their inflated claims. The administrators have refused a request to release the assumptions used to render company ROI results. In other words, the state is saying, “Our program is a huge success but you’ll just have to take our word for it.” It is naive to do so. State jobs officials have every economic incentive to claim success where there may be none. Their own jobs depend on the appearance of job and wealth creation.

To forecast this huge impact the state uses a software model called “REMI,” which scholars have said can be misused to make government programs appear more successful than they really are. Years ago, the state commissioned a study from a consultant about its film subsidy program. The consultant used REMI and reported the program was a success. But the consultant omitted 100 percent of the costs associated with the program. REMI would have likely shown a zero to negative impact from the program had it been fed real-world costs.

How is anyone to know if officials aren’t likewise gaming the model to produce glowing figures if no one is allowed to examine the assumptions fed into the REMI model?

It is worth noting that the state plays a similar game with its Pure Michigan tourism subsidy program. It hires a consultant who claims the program has a ROI of more than $8 for every tax dollar spent but refuses to precisely explain how that figure was generated. The state has made it clear it is comfortable with such secrecy.

The state approved 377-plus MBDP deals, by our count, from March 2012 through June 2017. The total value of the subsidies approved (but not necessarily paid out yet) exceeds $350 million. Not every grant will be paid out. The 2016 report lists nine companies whose deals were revoked and eight of those were for failing to meet at least one performance milestone or parameter. That number might be much higher were it not for the 38 amendments to deals first struck in 2015 or 2016.

Most of the amendments identified in the annual report indicate some type of relaxing of previously established mandates, such as extending the date at which the company had to create new jobs or lowering the job creation threshold.

Most of these dismissed and (eventually) amended deals would have been included in previous projected ROI calculations. As original expectations turned out to be wrong, so too would projected performance. If administrators make incorrect assumptions, their forecasts will be incorrect, as well. It is ironic, but the REMI model cannot predict the future accurately because MBDP administrators cannot predict the future accurately. These and other issues render the ROI pronouncements for this program useless.

The state’s jobs mandarins make outrageous claims for their own success, secure in the knowledge that they don’t have to actually prove it. State administrators can’t or won’t prove that the MBDP is effective and so should stop puffing up the program as if it is. Lansing lawmakers should call on them to justify their claims. People deserve transparency, not unjustified boasts about the results of favored programs.