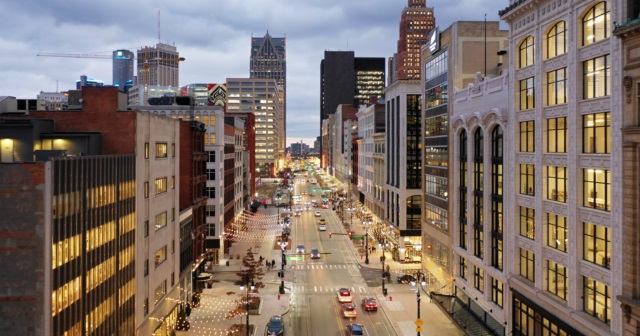 The Mackinac Center has recently released a comprehensive study of state economic development incentives that found that corporate handouts did create employment at some recipient firms but at a huge cost of incentive offered per job created per year.

One of nine major areas we analyzed was the Michigan Economic Growth Authority, a refundable tax credit program that offered corporations more than $14 billion in state tax incentives during its lifetime. Our new study demonstrates that MEGA did indeed create jobs, but it needed to offer up $125,000 per job created per year. That should raise questions about the efficacy of the program, which has stopped approving awards but is still a burden on taxpayers, paying out more than $600 million in fiscal year 2020.

To measure the impact of state economic development incentive programs, we created a database of deals offered to corporations in Michigan, going back to 1983. We then linked deals to a second database, this one known as the “National Establishment Time Series,” or NETS. The NETS is basically a census of American business, allowing us to track employment at firms for the years 1990 through 2015. This is how we measured employment at firms receiving MEGA deals.

One caveat about this MEGA analysis is that we were forced to work with incentives offered and not necessarily received by companies. The MEGA program has long lacked transparency, despite using public funds, which limited our analysis. Despite the best efforts of some to shed light on the topic, the actual fiscal benefit collected by each MEGA company remains a secret.

That being said, the $14 billion-plus in refundable tax credits offered to MEGA corporations understates dramatically the extent of all incentives offered per MEGA deal. During the program’s duration, the state frequently arranged to pile other incentives on top of ones specific to MEGA. These included state property tax abatements, job training subsidies and block grants that may have been used to finance road or other infrastructure work.

State law had also mandated that local governments offer an incentive if they were hosting a MEGA corporation. Consider that between 1995 and through 2004, the state-approved more than $1.8 billion in MEGA tax credits. An additional $987 million was offered during that time in local incentives, an additional subsidy we did not factor into our estimates.

There have now been six scholarly analyses of the MEGA program (two others by the Mackinac Center in 2005 and 2009), and five have found zero to negative impacts. A seventh study, which reviewed the use of incentives in the Midwest, was published in 2019 in the scholarly journal “Growth and Change.” It referred to the MEGA program as a debacle.

James Hohman, director of fiscal policy for the Mackinac Center, and Gilda Jacobs, president and CEO of the Michigan League for Public Policy, called on Gov. Gretchen Whitmer to renegotiate existing deals to limit future payouts. Any savings from doing so could be used for higher priorities.

Whether MEGA deals end up renegotiated or not, our new study should serve as a reminder to lawmakers and others that state economic development incentives often don’t result in much development. Even when scholars find a positive link between subsidies and new jobs, the costs or incentive offers may be so high they likely negate any benefits their champions hope to see delivered.