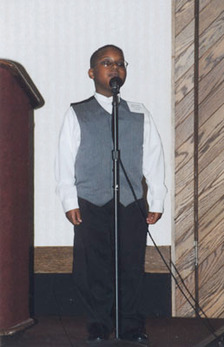 Keynote speaker Jeanne Allen of the Washington, D.C.-based Center for Education Reform held up MSBLA as a model for other reformers across the nation. Allen, a nationally known education expert, told attendees that parents all across the country are demanding change. She encouraged reformers to harness the grassroots momentum toward school choice and "seize the day."

"We must make sure that we provide for children who don't have the opportunities that others have just because their parents cannot afford to move or because their parents do not have as much money in their pockets," said Allen. "[School choice] is the issue of people who care about children."

The overriding theme of the evening was a focus on children. First-grader Jameson Allen, 8, performed a song for the crowd, and 8th-grader Lisa Moy, 13, played piano to a standing ovation. Both are students from Warwick Pointe Academy in Grand Blanc.

"People said the turf wars in education were too fierce to allow private, charter, and traditional public school board members to come together in one organization to focus on children instead of competing systems," she told the crowd. "But I look around and see all of us here together dedicated to competing, not by tearing each other down, but by building the children up."

Public school board trustee and MSBLA Chairman Tom Bowles acknowledged the difficulties of being a public school board leader who wants to do more than "just approve the decisions that the administrative staff has allowed you to approve, so that you can continue the bureaucracy that the bureaucracy needed you to continue." He went on to encourage education "trailblazers" to mark many trails.

Three individuals were recognized for their efforts to improve education for Michigan children.

DeWeese's remarks were interrupted by applause when he said, "Together we must ensure that every family has access to a wide variety of educational options so that each child can achieve their God-endowed potential. We need to say to the current school system, 'Tear down this wall.'"

Flint school board member Lily Tamez Kehoe was presented with the Courage in Leadership Award. Kehoe was the subject of controversy last year when the union president and board president in her district unsuccessfully tried to force her resignation over her support for a proposed charter school for minorities.

Sandra Nadig, board president of the Saline school district, received an award for her work in promoting effective board governance.