Durant Resigns from State Board of Education 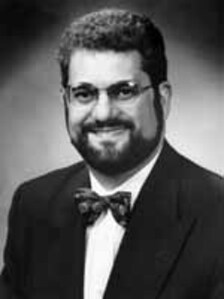 Echoing the sentiments of his predecessor, newly appointed State Board of Education member Michael Warren is calling for fundamental reforms in Michigan's public education system.

Warren, an attorney with the law firm of Honigman Miller Schwartz and Cohn, was recently appointed by Governor John Engler to replace Clark Durant on the eight-member board. Durant resigned his position on September 16.

"Important fundamental changes are needed to improve the quality of public education for all children- and the forum for those changes is not the State Board of Education," Durant said upon resigning.

Engler announced Warren's appointment September 21, saying that Warren "has demonstrated a commitment to achievement and an aptitude for leadership throughout his academic and professional careers."

"His prior experience working with the Board of Education on public school reform will serve him well as a member, but, more importantly, it will mean good things for the kids in our public school system," Engler stated.

Warren is no stranger to the board. Prior to his appointment, he worked with the board on reforming the state school code and led one gubernatorial and one Board of Education task force involving major reform proposals.

In an interview with Michigan Education Report, Warren said that the board should focus on broad policy initiatives, rather than micromanaging the administration of public education in Michigan.

"The proper role of state government is to provide a broad framework for the educational system, establishing standards and assessing progress," he said. "It is the responsibility of local school districts and academies to define specific methods of teaching."

Durant expressed similar ideas in the statement announcing his resignation. "We need to begin a new conversation to fundamentally rethink the proper end, purposes, and means of public education, and that conversation must begin in our communities among the people of Michigan," Durant said. "This is where change will first emerge."

Warren, 32, says that public schools should become "information-age institutions" that are responsive to the ideas and concerns of parents.

"School systems must treat parents like customers and offer them an array of educational choices concerning their children," he told MER. "We need a system that empowers families."

As part of this effort, Warren supports initiatives that will increase competition among schools, including charter schools and voucher plans. However, he is cautious about the Kids First! Yes! voucher plan advocated by Amway Corporation President Dick DeVos and others. If approved by voters in 2000, the plan would apply only to school districts that fail to graduate two-thirds of their students. Warren believes that all districts require improvement and should receive the type of reform that choice would bring.

"Every school is capable of performing better," he said. "We must seek universal improvement in education. Michigan's schools compete with not only Ohio and California, but Japan, Germany, and China.

"Children are our greatest asset," Warren elaborated. "If we don't have the best education in the world, the entire state will suffer."

Warren also fears that linking voucher eligibility and graduation rates, as the Kids First! Yes! proposal does, could give schools a negative incentive to lower their graduation requirements to pass more students and thereby avoid the risk of losing students to voucher schools. He also is concerned that districts could manipulate data to improve their dropout rates, as some suspect is happening with current dropout results. But, he said, voters should weigh their options carefully.

"I am very open to proposals that seek to give parents more choices," he said. "So Michigan citizens should consider the Kids First! Yes! initiative seriously."

Warren starts his tenure at a time when many citizens and officials are rethinking the role of government in education. Some remain adamant that government will maintain a primary role in the future of public education.

"Government will always be the primary provider of education in this country," Anthony Derezinski, director of government relations for the Michigan Association of School Boards, recently told the Associated Press.

Warren, however, envisions a less expansive role for the state, arguing that society must cease defining public education strictly in terms of government-run schools.

"The role of government is not necessarily to provide teachers and schools, but to ensure access to educational opportunities," he continued. "Families and competition should define those opportunitiesnot bureaucrats."

Warren earned his bachelor's degree in history from Wayne State University and his law degree from the University of Michigan. Before joining Honigman Miller, he clerked for Michigan Supreme Court Justice Dorothy Comstock Riley.