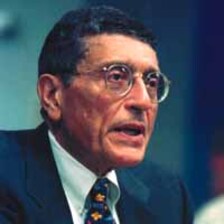 Detroit Public Schools CEO David Adamany was surprised when Detroit teachers walked off the job to protest reforms including his merit pay proposal, which was similar to one embraced by the Denver school employees' union.

In September, Denver became the first major school district in the country to successfully adopt what the Denver Post calls "the nation's most ambitious pay-for-performance plan."

Proposals to pay teachers according to how well their students perform- a concept known as "merit pay"- have long been a point of contention between school boards and unions, including Detroit's new school reform board and the 11,500-member Detroit Federation of Teachers.

The pilot plan, approved by the Denver Classroom Teachers Association union, affects about 10 percent of the system's 4,300 teachers. It is designed to award bonuses to teachers who meet certain goals, such as improving their students' scores on standardized or other tests. Teachers also may earn merit pay through improving their teaching skills according to criteria to be developed by the union and district.

The plan asks for at least 12 elementary and three middle schools to volunteer for the program, but additional schools may join if resources allow. Participating teachers receive an automatic bonus of $500 in the first year of plan, then become eligible to receive an additional $500 for each of the specified goals that they meet.

During the second year of the plan, high school teachers become eligible for merit pay, and bonuses rise to $750 for each performance goal that a teacher meets.

Merit pay recently became an issue in Detroit when David Adamany, interim CEO for the 180,000-student district, advocated a plan similar to Denver's during recent contract negotiations. Adamany argued that teachers should earn bonuses if students in their schools perform satisfactorily on standardized tests. He also proposed bonuses for experienced teachers who continue their training and improve their credentials.

Adamany's plan differed from Denver's in that it considered the performance of schools as a whole as opposed to individual teachers. Thus, either all teachers in a school would receive bonuses for improved student performance, or none would.

The Detroit Federation of Teachers objected to this aspect of the proposal, stating that the plan would hold individual teachers accountable for the students of their colleagues. The union also feared that the program would prompt some to manipulate the tests that would be used to measure student performance. The union's disagreement over merit pay contributed to the teachers' decision to strike in September. The program has since been removed from the bargaining table by the reform board.

The Denver plan calls for teachers and principals to contribute to the establishment of the goals. After two years, the union will vote on whether to implement the initiative permanently. It was this involvement that persuaded the union to approve the proposal, said Becky Wissink, vice president of the Denver teachers union. Teachers, she told Education Week, "are controlling their own destiny."