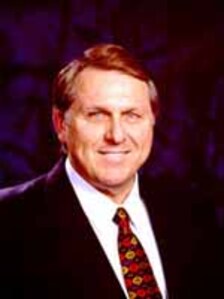 Michigan Conference of Teamsters officials are still pondering how to respond to news that their counterparts in Pennsylvania, representing 140,000 members of the International Brotherhood of Teamsters (IBT) union, have officially endorsed Governor Tom Ridge's proposed school-choice voucher plan for K-12 students in the Keystone State.

Until now, school employee unions have vocally opposed all forms of school choice.

In July, MER contacted Teamsters headquarters in Lansing to determine whether the union's Michigan affiliate had taken a stand on the school choice issue, some form of which is expected to appear on Michigan's 2000 ballot as an amendment to the state constitution.

Mark Gaffney, public affairs officer for the Michigan Conference of Teamsters, said that in response to MER's inquiry, he forwarded a news report about the Pennsylvania Teamsters' endorsement of school choice to newly elected Teamsters President James Hoffa. He said he requested that Hoffa provide a written statement of the international union's position.

"School vouchers is not necessarily an issue that hits many of our members directly," Gaffney said. "My guess is that out of 67,000 Teamsters in Michigan, maybe 1,200 work at public schools as bus drivers or secretaries, and some would argue that if fewer children attend public schools, that might result in job loss."

Gaffney also guessed IBT officials may oppose school choice "out of solidarity with the other AFL-CIO unions" such as the Michigan Federation of Teachers, which opposes school choice outside the public system.

Pennsylvania Teamsters took a far different stand after an internal poll, first reported in the May 1995 issue of the union's official state newsletter, found nearly 70 percent of Teamsters send their own children to nonpublic schools.

"The Pennsylvania Conference of Teamsters is supporting Ridge's program for two good reasons- first, it would help all Pennsylvania school children to a better education, and second, our members want it," the Teamsters newsletter reported.

In June of this year, a pro-school-choice rally in Harrisburg included "two busloads of Teamsters," local media reported, and a full-page advertisement in Pennsylvania newspapers listed the union among over 30 organizations endorsing Ridge's proposed voucher legislation.

"Working-class parents who want to send their children to parochial or any other private school now face a double hit- tuition costs and high property taxes," the Teamsters' newsletter stated. "Our members should have the option of using some of their state tax money to have their children educated at the school of their choice."

The newsletter continued, "Governor Ridge's school choice program is a sensible way to allow all parents, regardless of income, the chance to freely choose what they feel are the best educational opportunities for their children, and a good shot at being able to afford them. The Pennsylvania Conference is prepared to throw all of its political clout behind . . . get[ting] this enabling legislation passed and [giving] Governor Ridge the opportunity he needs to reform Pennsylvania's educational system." Meanwhile, Michigan Teamsters officials await word from international headquarters in Washington, D. C. With a hotly contested debate over school choice likely in 2000, Michigan's rank and file union members must decide if they will maintain solidarity with school employee union officials, or follow their Pennsylvania brethren's lead and support expanded school choice.