The AAA provides insurance to car owners for towing and other services in case of auto breakdowns.[53] Similarly, unions could expand the type of employment insurance they offer, which typically provides attorney services in case an employee runs into a legal problem at work. In addition, instead of forcing all workers in a workplace to pay dues to get these benefits, unions could offer employment insurance protection a la carte, including legal protection and representation during disciplinary disputes with employers.

Such a system would allow individual employees to negotiate for the majority of their working conditions and pay, but still afford them a guard against arbitrary disciplinary actions on the part of their employer or criminal charges stemming from their employment. If a problem or question arises, the employee has the assurance that he or she will be covered by this employment insurance.

This is not to be confused with the Ghent system in countries such as Denmark and Sweden. The Ghent system provides government subsidies to unions and gives them the ability to administer unemployment insurance. Granting special government benefits and allowing a group to have a monopoly over a type of insurance is contrary to many of the ideas outlined above.[*]

[*] It should also be noted that in recent years independent unemployment insurance funds are emerging which do not require union membership. Matthew Dimick, “Paths to Power: Labor Law, Union Density, and the Ghent System” (Washington University Law, Sept. 22, 2010), http://goo.gl/H6IleM (accessed Oct. 7, 2014); Kurt Vandaele, “A Report from the Homeland of the Ghent System?: Unemployment and Union Membership in Belgium,” Transfer: European Review of Labour and Research 4 (Jan. 2006): 647–657, http://goo.gl/tX3Kx8. 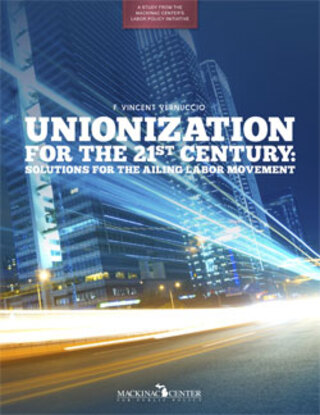