Mackinac Center Legal Foundation Up to the Challenge 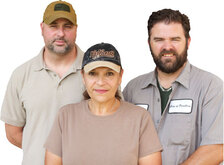 When the Teamsters Local 214, which represents public workers in the city of Dearborn, instituted a new policy that penalized employees who resigned from the union, the Mackinac Center Legal Foundation was there.

Three employees, Shawn Koskyn, Maria Santiago-Powell and Greg Andrews, risked retaliation for taking a stand against this blatantly illegal policy. The policy forced non-union members to pay fees starting at $150 to file a workplace grievance, while union members were exempt from the new fees.

The policy flew in the face of seven decades of Supreme Court precedent and five decades of Michigan labor law.

Unions are given special privileges by statute — monopoly privileges that a private-sector business would pay an arm and a leg to get — and all the unions have to do in return is represent all employees in their bargaining unit equally, union members and non-members alike. The Teamsters in this case apparently decided that these special monopoly privileges weren't enough and felt the need to charge these discriminatory fees.

After the Mackinac Center Legal Foundation filed a lawsuit, the president of Teamsters Local 214, Joseph Valenti, belligerently defended the discriminatory policy. He told the press that our clients were "committing suicide" and vowed to "go to court if we have to and take it to the last."

So it was surprising and especially gratifying when, in response to our lawsuit, the Teamsters backed down and changed its policy. Instead of discriminating against non-union members, the local instituted a new policy that states that "any charges the Union will require related to the processing of grievances will be assessed on a non-discriminatory basis."

Legal challenges to public sector union practices can be especially daunting because of the way in which the courts exercise oversight. Michigan's law allowing public employees to unionize, the Public Employment Relations Act, provides that an administrative agency, the Michigan Employment Relations Commission (MERC), has jurisdiction over certain aspects of public sector employment — primarily unfair labor practices by the employer or the union.

A problem can arise when trying to determine in which court a challenge should be heard. The unions will argue in circuit court that challenges to its actions should be heard at MERC. Then they will turn around and argue at MERC that MERC doesn't have jurisdiction either. This legal ring-around-the-rosy ends much as the nonsensical nursery rhyme did: we all fall down.

This strategy was repeated in a case we filed involving three teachers in the Taylor School District. The Mackinac Center Legal Foundation brought a suit on behalf of Angela Steffke, Rebecca Metz and Nancy Rhatigan, who were forced to continue paying dues or fees to their union or face being fired. This status would have lasted for the next 10 years under the union's "insecurity" clause — a dubious collective bargaining agreement hastily enacted on the eve of the right-to-work law taking effect.

When the lawsuit was heard in the Wayne County Circuit Court, the judge there agreed with the union and said that these claims had to be heard at MERC. The teachers have appealed that court ruling, and the teachers also brought their claims to MERC, where the union promptly argued that MERC didn't have the proper authority to hear it either.

It is a Catch-22. Employees who are deprived of their rights can't bring their claim here, and they can't bring it there. The Mackinac Center Legal Foundation has run into this ruse before when it challenged the stealth unionizations of home-based daycare providers and home-based caregivers.

These lawsuits demonstrate both the ability of the Mackinac Center Legal Foundation to make changes for the better, and the ongoing challenges we face when doing so.