Freedom, Farms, and Farewell to Winter 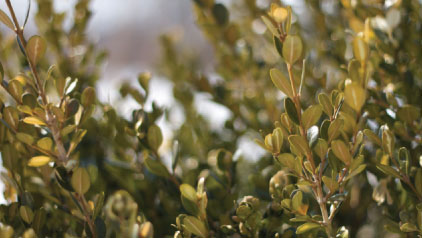 Spring is a time for optimism, especially in Michigan, where we’d all like to put the winter of 2013-2014 behind us.

In January, the Detroit area shattered the snowfall record with nearly 40 inches of snow on the ground. The old record was 1978’s 29.6 inches. Flint broke its January snowfall record by four inches, reaching nearly 33 inches.

Then there was the cold. Detroit spent 10 days below zero in January. Flint had 13. The cold did not break any records, but that was no consolation as Michiganders braved the elements to get to work and school.

Spring is nature’s signal of better things to come. We hope that’s the case for public policy in Michigan as well.

In this issue, the Mackinac Center celebrates several legal victories. One of them involved two public school teachers who stood up against a powerful political organization and won.

We also look back 10 years when the Michigan Education Association sued the Mackinac Center for using a quote by then-MEA president Luigi Battaglieri who said, “Frankly I admire what the Mackinac Center has done.” I won’t spoil the ending for you. Just go to this article to find out how it ended. (Hint: freedom won).

Workers in the City of Dearborn were told by their union that if they had exercised their newly acquired worker freedom rights, then they would be treated differently than other employees. The Teamsters union said it was going to charge certain employees $150 to file a grievance. Brave employees stood up against this discrimination, contacted the Mackinac Center Legal Foundation for help, and eventually the union backed down and changed its policy to comply with the law.

But it’s not all roses in this issue. Mackinac Center Board of Scholars member Dr. Christopher Douglas takes a hard look at the $1 trillion farm bill and how it’s full of corporate welfare. He also dispels the myth that agriculture is the second largest industry in Michigan. In fact, workers in agriculture and related industries make up just 1.5 percent of Michigan’s workforce.

Over the years, the Mackinac Center has established itself as a go-to organization when the public has questions about policy issues. The media also uses the Mackinac Center as a source of factual reference. One team member who has seen a large share of the spotlight is Morey Fiscal Policy Initiative Director Michael LaFaive. Over the last 10 years, Michael has tallied more than 1,300 media interviews for the Mackinac Center. His quick response and attention to the needs of reporters has paid large dividends for freedom.