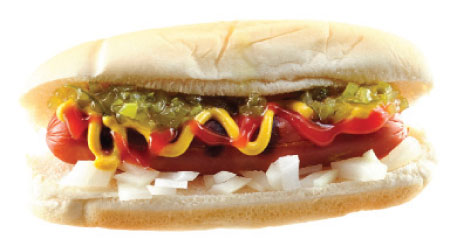 With each issue of IMPACT, the Mackinac Center interviews one of its supporters to highlight the people behind what we do in support of free markets. This issue, we feature John Koegel, grandson of Koegel Meats founder Albert Koegel.

Mackinac Center: How did Koegel Meats get started?

John Koegel: In the early 1900’s, while in Germany, my grandfather Albert Koegel trained to become a Meister Wurstmacher, or “master sausage maker.” He learned the meat industry from the top to the bottom. After completion of the program, he relocated to the United States. In 1916 he moved to Flint, Michigan, because the auto industry was starting in the Flint area at the same time and he thought that there would be a chance for his business to grow along with the auto industry.

It was always his dream to own a meat company and he soon opened a retail meat market and made sausage on the second floor of the market. Other markets in the area began to carry his line of frankfurters and sausages and he added delivery trucks until he had a fleet of 16 trucks.

He therefore filled a niche as a local meat purveyor. Life revolved around the local Flint community. He and his business became well-known in the area. Grandpa became well-known for his personality and for the quality meats that he made and sold.

In 1932 he built a facility for manufacturing frankfurters and sausages and closed his retail business.

The secret to the success of Koegel Meats has been quality and consistency. Our meat products are processed the same way, and we use the same recipes that my grandfather did when he first learned the business.

My father, Albert J. Koegel, had our current facility built near Flint’s Bishop International Airport, in 1972. It’s a great location being so close to I-75 and I-69.

Currently, the company sells 35 various products from its famous Frankfurters, to its popular Pickled Bologna, Olive Loaf, and Summer Sausage.

Mackinac Center: How has the company changed over the years?

John Koegel: We no longer do any butchering, and we do not have a retail store. Our products are shipped throughout Michigan instead of just Flint.  We have had to eliminate products due to the changing taste of consumers. We have become an icon for quality meat products wherever our products are sold.

Mackinac Center: Why has Koegel Meats stayed in Michigan?

John Koegel: Koegel has stayed in Michigan because our customer base is in Michigan. It is difficult to expand into new markets because it is hard to get consumers to change their eating habits. Ninety-five percent of our product is delivered directly to stores by our own fleet of trucks. This makes sure that our customers get the freshest product. We deliver from Standish to Whitehall to South Bend, over to Toledo and the points in-between. We have distributors that cover the northern part of Michigan. Most recently, we just went into Meijer’s distribution centers and now several of our products are represented in their stores outside of Michigan.

Koegel has been transported and shipped all over the country. Our online fulfillment partner has shipped our product to all fifty states.

John Koegel: We believe that the Mackinac Center researches issues that the politicians can’t or won’t research, making suggestions for improvement or change. This is done keeping the focus on the long term, and determining if a proposed solution is sustainable both now and in the future. The Mackinac Center then brings these issues to light along with possible, suggested solutions.

Mackinac Center: If you could change any economic policy in Michigan, what would it be and why?

John Koegel: If I could change one economic policy, I would try to keep municipalities from being sued or from suing. Each time this happens the taxpayers are the ones that pay for the lawyers and for the final settlement. If an individual in a given municipality does something wrong, such as in a school, then the school district, or taxpayers, should not be allowed to be “pulled” into the suit; rather it should only be against the given individual.