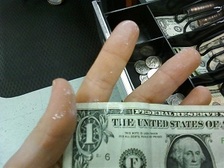 Some Michigan school districts think their best teachers are worth $1 more than their worst.

A state law became effective Jan. 4, 2010, that said public schools "shall implement and maintain a method of compensation for its teachers and school administrators that includes job performance and job accomplishments as a significant factor in determining compensation and additional compensation."

Before then-Gov. Granholm enacted the law that said school districts had to compensate teachers for stellar performance, Michigan's public school districts used a method of compensation that based pay solely on years of service and level of education. The quality of the teacher was not considered. For example, in the Troy School District in Oakland County, seven gym teachers made more money in 2011 than a biology teacher who was selected as a national teacher of the year.

"We were in the process of negotiating when the new law came out," Davison Superintendent Eric Lieske wrote in an email. "There were significant differences on the part of the administration's stance and the union's position on the new law as to how to implement performance pay. We didn't want that one issue to prevent us from reaching an agreement so we agreed to the $1 to be in compliance with the law, knowing that this would be something we would have to address in our next round of bargaining."

“The law states that job performance has to be a ‘significant factor in determining compensation,’ ” Van Beek said. “In no way, shape or form could $1 be construed to comply with the law. The district clearly capitulated to the union and twice signed contracts that appear in violation of state law."

Gladstone officials said the state was implementing an "unfunded mandate."

"We had actually engaged in some serious discussion on the topic well before the legislation," Gladstone Superintendent Jay Kulbertis said in an email. "However, when (the state legislature) cobbled together the current version of 'merit pay,' we saw it as another hasty unfunded mandate and have, as a direct result, settled on a simple approach."

Gladstone School Board Trustee Bill Milligan said that no one he knows is against researching the concept of merit pay even though he says some studies question the effectiveness of merit pay.

"It's challenging to implement — and a further huge challenge when the legislature throws something out there at the last minute and doesn't fund it. We've gotten nothing from our politicians in the last two years but mounds of hoops and centralized red tape and unfunded mandates."

In fact, Blissfield Community Schools in Lenawee County, got rid of its old system of pay based on seniority and education level and replaced it with a professional pay system based on performance.