$1.6 Billion in Savings Lost Under Prop 2 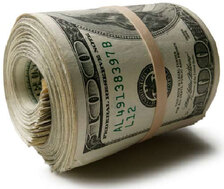 Proposal 2, the “Protect Our Jobs” constitutional amendment, would fundamentally change the power structure in Michigan. The amendment would allow government unions to effectively veto laws passed by Michigan’s elected representatives.

Little to no attention, however, has been paid to the foreseen financial cost to taxpayers should Prop 2 pass.

Prop 2 gives government unions an increased power at the bargaining table, which will cost taxpayers through compensation increases, padded benefits and negotiation on previously prohibited subjects. It is impossible to precisely calculate the taxpayer cost because the amendment would protect collectively bargained winnings without exception — making the cost potentially limitless.

What is certain, however, is that Prop 2 will supersede several laws that are scheduled to save Michigan taxpayers at least $1.6 billion a year.

This estimate is by no means an exhaustive accounting of Prop 2's possible financial burdens. The following is a cost breakdown of current and predictable taxpayer savings revoked if Prop 2 passes:

Under Prop 2, the collective bargaining agreements could supersede the so-called 80-20 law, costing taxpayers an estimated $1 billion annually in potential savings. This figure is based on the difference between public- and private-sector employment benefits, isolating just the health insurance portion and adjusting the gap downward to reflect the limited application of private-sector benchmarking. This reform should save $1 billion annually when fully implemented and applicable to all local governments and authorities.[1]

Public school employee pension reforms. Recently passed legislation includes a cost-shift from employers to employees in the school pension fund. These shifts will save taxpayers $312 million in the first year, according to a state fiscal analysis.[2] Under Prop 2, any changes in retirement benefits could be negotiated away in collective bargaining.

School support services privatization. School districts around the state have saved millions by contracting out with private vendors for food, custodial and transportation services. Under Prop 2, unions can add no-bid clauses to their collective bargaining agreements that would prevent districts from efficiently using taxpayer dollars. Based on the application of savings figures from the privatization surveys to districts that have yet to contract out, Prop 2 can prevent school districts from saving $300 million annually.[3]

These three items above account for $1.6 billion in annualized savings — but there are other laws that impact state taxpayers that would be in jeopardy if Prop 2 passes. While these laws have a clear record of saving taxpayer money, their future savings are uncertain.

Many long-term savings cannot be predicted on a per year basis. Some of these include:

Emergency manager law. An emergency manager can request from the Department of Treasury that union collective bargaining agreements be amended under specified criteria. If Prop 2 passes, emergency managers would be denied this option. Reports from the Treasury show that the amendments to CBAs requested by emergency managers in Flint, Pontiac and Detroit Public Schools have already saved taxpayers $100 million. While the EM law will certainly save taxpayer money over the long term, an exact estimate of future savings is unknown.

MSERS reforms. Gov. Engler’s 1996 initiative that closed the Michigan State Employees’ Retirement System to new hires has saved taxpayers from racking up $2.3 billion to $4.3 billion in unfunded liabilities, according to a 2011 Mackinac Center report.[4]

MPSERS reforms. In addition to the savings mentioned above, recently passed reforms to MPSERS lowered taxpayers’ long-term pension obligations by $7.1 billion, according to a state fiscal analysis.[5]

State employee pension system reforms. Last year, the state required its employees to contribute more money to cover the cost of their own pension and retiree health care, benefits largely unavailable in the private sector. According to a state analysis, this increased responsibility is expected to save taxpayers $82 million and $56 million annually for retiree health care and pension benefits, respectively.[6] While these reforms are currently subject to ongoing litigation, under Prop 2 these taxpayer savings would be automatically nullified through collective bargaining.

Prop 2 will cost Michigan taxpayers at least $1.6 billion annually in current and scheduled taxpayer savings — but that number likely underestimates the full financial impact. What is certain, however, is that government union authority will be fortified against the claims and financial capacity of taxpayers.

James M. Hohman is assistant director of fiscal policy and F. Vincent Vernuccio is director of labor policy at the Mackinac Center for Public Policy, a research and educational institute headquartered in Midland, Mich. Permission to reprint in whole or in part is hereby granted, provided that the authors and the Center are properly cited.